What to Expect in the First Debate

Ben Shapiro
|
Posted: Sep 21, 2016 12:01 AM
Share   Tweet
The opinions expressed by columnists are their own and do not necessarily represent the views of Townhall.com. 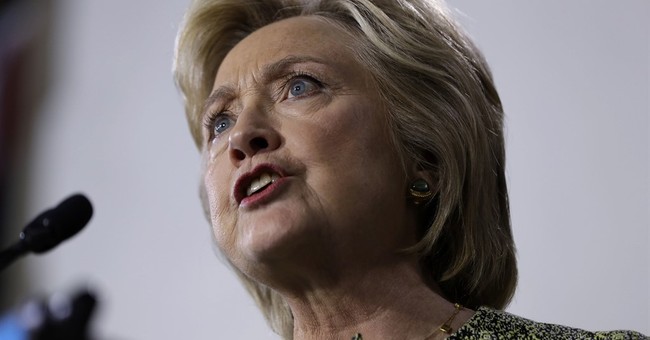 Thanks to the nomination of volatile reality television star Donald Trump, the first presidential debate between Trump and the soporific Hillary Clinton is widely expected to draw record numbers. With the polls knotted up and the swing states in heavy contention, conventional wisdom says that the debate will be exciting, a bloodletting between the staid Clinton and the aggressive Trump.

But actually, it could be massively boring.

Right now, Trump's agenda is simple: appear sane. Clinton has been attempting, somewhat successfully, to portray Trump as an escapee from a mental hospital, a madman on the loose, a man who would unleash nuclear war if handed the keys to the nuclear arsenal. In the past few weeks, Trump's campaign manager, Kellyanne Conway, has apparently been able to get Trump under control. Like a pent-up movie monster chained to the wall of a dank dungeon, Trump's aggression waits -- lurks. But it has not reappeared since Trump's infamous attack on the gold star Khan family. Every so often, we've seen flashes of Crazy Trump (Vladimir Putin's a great guy! Do we really know whether Obama was born in the United States?). But he's been sticking to the teleprompter onstage and avoiding press scrums offstage. The man who once criticized Clinton for avoiding a press conference for well over 200 days has now gone over 50 days without a presser. Real Donald Trump is in hiding, @realdonaldtrump has been handed over to a blind trust, and Teleprompter Trump is on the loose.

That means that Clinton's task during the first debate will be to break into the dungeon and free the monster. To that end, The New York Times reports that Clinton has been speaking with psychologists to explore where she can poke Trump, in order to prompt him to turn into the Hulk -- complete with purple pants. According to the Times, "They are undertaking a forensic-style analysis of Mr. Trump's performances in the Republican primary debates, cataloging strengths and weaknesses as well as trigger points that caused him to lash out in less-than-presidential ways."

Meanwhile, Clinton's main goal will be to appear lifelike. With questions swirling around her health and stamina, she'll be expected to flash energy and wit. She'll also be expected to not appear as a complete liar, which is an uphill task -- it's far easier for a seemingly crazy person to appear stable (every Hollywood actor) than for a serial liar to appear honest. She's got an uphill battle, but she'll mostly want to avoid controversy from Trump.

This is what happens when the standards for our politicians finally hit rock bottom: We end up with a discussion between a guy who simply needs to act like a normal person and a woman who simply needs to act like a warm body. It would serve Americans right that after selecting candidates for entertainment value they end up with the season finale of "Joe Millionaire."