Autry J. Pruitt
|
Posted: Jan 28, 2017 12:01 AM
Share   Tweet
The opinions expressed by columnists are their own and do not necessarily represent the views of Townhall.com. 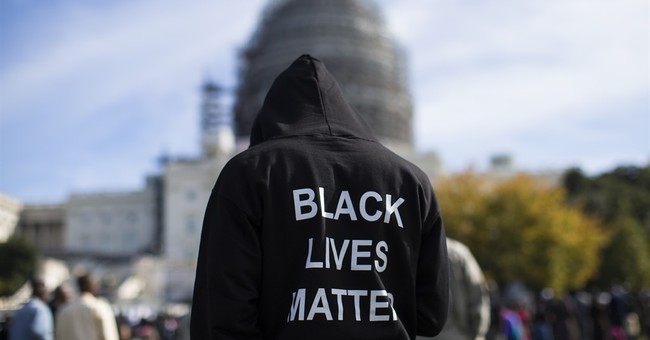 Barack Obama normalized relations with Cuba saying in part, "Neither the American, nor Cuban people are well served by a rigid policy that is rooted in events that took place before most of us were born.” His reference to long standing policy that repeatedly ended in failure echoed Albert Einstein’s definition of insanity: doing the same thing over and over again and expecting different results.

While I seldom think about Einstein and remain torn over normalizing relations with Cuba, I’ve often thought about why the left can be so forward thinking on Cuba and not so forward thinking on pigmentation. The Democrats’ approach to the African American community, and brown folks in general, is also rooted in events that took place long before I was born and, more importantly, their approach has largely failed. It is insanity.

The most recent example of insanity lies in the Democratic National Committee’s penchant for running campaigns based on identity politics. In theory, this formula can work. First, separate the American people into subsets of people - blacks, Latinos, women, LGBTQ+, poor, union members, whatever - and then seek to pit them against other groups reckoned to be more favorable to the opposition. A study of the population data for these groups shows that identity politics can work; the numbers are there.

Problem is, it’s not working. The DNC’s strategy of identity politics has yielded them a net loss of slightly more than 1,000 seats in Congress, governorships and in state legislatures during the Obama era. With that kind of a track record, you might think that Democrats would look for a different approach.

Wrong. Not only are Democrats not looking for a new strategy, they’re doubling-down on identity politics as evidenced by the race for the DNC chairmanship. Consider Sally Boynton Brown, the executive director of the Idaho Democratic Party who wants to be elected party chair. During a forum for DNC chairman candidates January 23, Boynton Brown declared that, “My job is to listen and be a voice and shut other white people down.” The quote is destined to live among the panoply of stupid political quotes.

Boynton Brown also wants to incorporate her philosophy into the training of political volunteers saying, “We have to teach them how to communicate, how to be sensitive and how to shut their mouths if they are white.” This has got to be the biggest example of not getting it in the history of not getting it.

It’s also a staggering example of overt, unabashed racism, the kind only Democrats can espouse without an immediate and deafening public backlash. Boynton Brown’s racism is no less ugly than that of Benjamin Tillman, a fellow Democrat who was elected governor of South Carolina and proclaimed in his 1890 inaugural address, “When it is clearly shown that a majority of our colored voters are no longer imbued with the Republican idea, the vexed negro problem will be solved and the nightmare of a return of negro domination will haunt us no more.”

Lest you wonder whether Tillman crashed and burned after this sort of incendiary approach to politics, Democrats elected him to the U.S. Senate after his stint as governor. The politics of racial division worked just swell 125 years ago and the candidates for DNC chairman still see it as a winning strategy, just shifted out of phase to reflect the party’s disdain of anyone suffering from low levels of melanin.

This is the sort of pathology - let’s call it Tillman Syndrome - that spawns what we’re seeing today from the people in the contest to run the DNC. By their account, it’s not that identity politics wasn’t a good strategy in 2016, it just wasn’t amplified enough. There wasn’t enough identity politics; there wasn’t enough discord sown among the electorate; the people just weren’t angry enough.

With people like this being seriously considered to run a major American political party, it’s sort of astonishing that the United Nations hasn’t deployed human rights observers to Democrat headquarters to find out what the hell is going on there. Instead UN observers will remain in Manhattan, and the media will applaud Democrats, characterizing their racism as prescient while attacking any perceived social slight by Republicans as evidence of evil.

Identifying what did not work for Democrats in 2016, and then deciding that doing more of it will succeed in future elections, truly is insanity. It’s also a poor reflection on the people who support the bald-faced bigotry that has infested modern liberal politics.