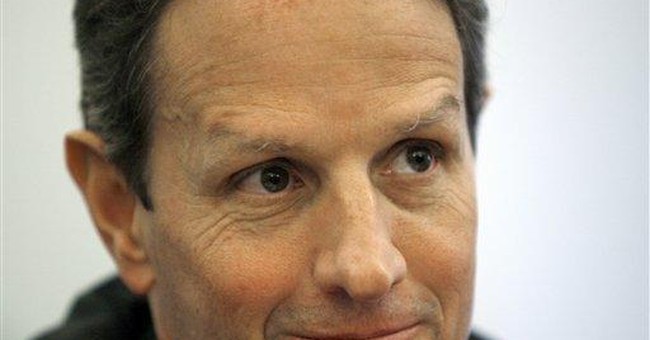 Where did the swine flu vaccinations go?

They went the way of the “stimulus money” – that is to say, they were sent here, and shipped there. And, of course, they were “administered” and “disbursed” and “distributed” by high ranking officials who work in very important positions in vital departments of our U.S. Government.

But nobody in our government – no one, specific individual – can say with certainty how many flu shots there are, or where they are, or where they might be headed. And the same is true for the billions of dollars that were entailed in President Obama’s all-important, so-called “stimulus bill.”

On a weekend where the U.S. Congress is inching closer and closer to legislating (against the collective will of the American people, I might add) a government-run healthcare system, the flu shot fiasco should provide a vivid illustration of just how inept government is – our U.S . Federal Government specifically in this case, but government, in general, as well - at distributing vital goods and services.

Owing to the discovery of “swine flu” here in the U.S. by the Centers For Disease Control and Prevention, Secretary of Homeland Security Janet Napolitano declared a “Public Health Emergency” during the last week of April. A few days after making her “emergency” declaration, Secretary Napolitano, in a seeming contradiction, stated in a press conference on May 4th that the “swine flu” is actually no more dangerous than “the regular flu.”

Then in July, federal health officials stepped-up the “emergency” rhetoric again by announcing that 160 million doses of a swine flu vaccination would be available by the end of October. On October 7th, Secretary of Health and Human Services Kathleen Sebelius assured Americans that the vaccination is “safe and secure” and admonished all Americans to get a shot. And on October 25th, President Obama himself declared, not a “Public Health Emergency,” but this time a “National Emergency” over the swine flu.

Yet by October’s end, the promised 160 million doses of swine flu vaccination had only amounted to 30 million known vaccinations in the U.S., prompting Senior Obama Adviser David Axelrod to declare on national television that “we overpromised.” This, of course, prompted Secretary Sebelius to jump back in to action, so she penned an op-ed for the Nashville Tennessean newspaper assuring readers that, as a mother, she herself “understands the frustration and anxiety that parents feel” when they can’t get a vaccination, and declared that "without question, we need significant improvements in vaccine production...”

Depending on whose count you accept, somewhere between two and four thousand Americans have died from the flu this year. That’s more than the number of lives lost in the carnage of Hurricane Katrina. Yet in both scenarios, our U.S. Federal Government has demonstrated an incredible inability to respond to the needs of the American people – even, as in the case of the swine flu vaccinations, when it has made explicit promises to do so.

President Obama’s so-called “economic stimulus bill” highlights this incompetence as well. Minutes after Vice President Biden delivered remarks in Phoenix last Monday about how the numbers of jobs that have allegedly been “created or saved” by the stimulus bill, the Obama Administration was stung with analysis from ABC News revealing that Biden’s remarks – and information posted on the Administration’s recovery.gov website (a website that cost the Administration $18 million to create) – were false. Both were reporting alleged “jobs” in congressional districts that don’t exist, and the website was even listing “stimulus success stories” from congressional districts in Puerto Rico and the Virgin Islands – two U.S. territories that don’t have any congressional districts at all. And as of today, roughly nine months after the passage of the bill, the national unemployment rate is even higher than President Obama predicted it would be had the Congress NOT passed his bill.

So where is the “stimulus” money? What happened to that crucial $787 billion that President Obama had to spend, to “get the economy rolling again?” We are told that only a portion of the money has been spent thus far, yet the Obama Administration has taken legal steps to prevent Obama’s “recovery czars” from being questioned about the money by Congress.

Recklessness and incompetence of this magnitude, with such enormous amounts of other people’s money, would be grounds for immediate termination among private sector executives and managers. And the problem doesn’t begin and end with Democrats: recall that the $700 million “TARP” program was created by Republican President George W Bush last year, and Bush himself was the first to violate the intended purposes of the program by handing-over nearly $14 billion in loans to Chrysler and G.M. (Obama continued doing this after he took office, until the two companies met their inevitable fate of bankruptcy).

Government does NOT exercise wise stewardship over economic and material resources. It’s sad that each new generation has to re-learn this basic truth, but Americans are in a painful process of re-learning it again right now. And the managers overseeing these resources – the President, and the Congressional leadership – deserved to be fired for failing to uphold their most basic fiduciary responsibilities.

Remember this the next time you go to vote.