Austin Bay  |  May 09, 2018
The opinions expressed by columnists are their own and do not necessarily represent the views of Townhall.com.
Top Columns
Trending on Townhall Media 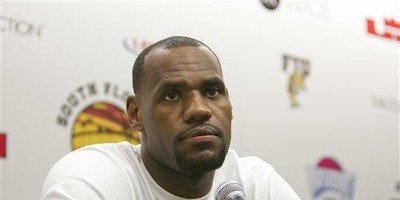 The Trump Administration deserves thanks and congratulations for terminating American participation in the toothless Joint Comprehensive Plan Of Action, the ostentatiously official name of the Obama Administration's "nuclear weapons deal" with Iran's clerical dictatorship.

For numerous reasons, President Trump made the decision to exit the flimsy pact.

In other words, there will be no re-negotiation. The Trump Administration didn't say when it would reimpose economic and political sanctions, other than indicate there would be a 180-day "wind-down period." Iran's central bank may be sanctioned within the next week. Sanctioning the banks hinders Iranian oil transactions.

Whatever the timeline, the U.S. threat to reimpose political and economic sanctions on the robed dictators and their criminal regime is meaningful. Even if China, Russia and European nations continue to observe the JCPOA, America is the 800-pound gorilla in the global economy. With the pugnacious Trump in charge, the ayatollahs know their pocketbook will shrink.

A shrinking ayatollah bank account immediately makes the world a safer place. It's especially a safer place for American allies like Saudi Arabia, the UAE and Israel who are already engaged in a slow war for national survival with Iran.

Sure, for the next 10 days or so, snide European toffs and Washington Beltway Clerks will swear American withdrawal means doom and horror. Already, they are on mainstream television shows howling and tearing their stuffed shirts.

Ignore them. They're blind to the doom and horror spawned by vicious Iranian overt and covert troublemaking that savages our planet on a daily basis. Yemen, Syria and Lebanon are three of the bloodiest examples of Iran's policy of geo-strategic mayhem.

The failure to penalize the Iranian regime's covert and overt violent troublemaking and its organized criminal operations (yes, transnational crime, like smuggling narcotics and human beings) was the JCPOA's most grievous flaw.

Unfortunately, the Obama Administration's mis-deal had other flaws. The wicked nature of the Iranian regime may appear extrinsic to the mis-deal's advocates, benighted actors like former Secretary of State John Kerry. Well, it isn't. Failing to account for the regime's corrupt nature is one of the stupid pact's more serious flaws. Britain's Neville Chamberlain learned that the hard way in 1938, when he made a deal with Adolf Hitler in Munich that supposedly guaranteed Western Europe "peace for our time."

Check Tehran's record since 1979. The ostensibly revolutionary sectarian regime founded by the Ayatollah Ruhollah Khomeini cannot be trusted to tell the truth about its nuclear weapons quest, even when telling the truth would be in its best long-term interest.

Last week, Israel released an information trove that documented the regime's failure to comply with a key JCPOA provision, which required Tehran to reveal in accurate detail the history and status of its nuclear weapons program. But the ayatollahs didn't come clean. They temporarily mothballed part of their development program and then lied to the International Atomic Energy Agency and Washington.

So let's return to Iran's hideous behavior. "Violent meddling" and violent subversion are permanent policies of the Iranian regime. In 1984, the U.S. State Department put Iran on the U.S. list of state sponsors of terrorism for good reason; it was supporting terrorist operations directed at U.S. Arab allies in the Persian Gulf. Its own operatives were conducting terror attacks in Lebanon.

Iran is still on the list of states sponsoring terror. Since 1984, Tehran has been tied to subversion operations in Western Europe and terror attacks South America, North Africa and sub-Saharan Africa. The regime's Shia Islamic radicals provided aid and support for al-Qaida's militant Sunni terrorists.

In 2008, the Iranian regime was involved in at least 18 armed conflicts, and involved as an instigator or an escalator. The regime believed it benefited from bloody chaos.

In 2018, how many armed conflicts do the ayatollahs spark, stoke, spur and support? Somewhere between two-dozen and 30.

Negotiate with this regime? The Iranian people deserve better. America should be supporting Iranian dissidents.