Austin Bay
|
Posted: Apr 06, 2016 12:01 AM
Share   Tweet
The opinions expressed by columnists are their own and do not necessarily represent the views of Townhall.com. 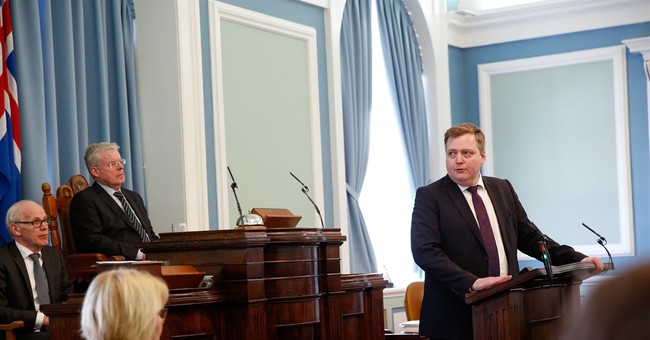 A sophisticated global sewer system of law firms and banks located in accommodating locales serves the dirty financial demands of corrupt political leaders and their cronies.

The so-called Panama Papers, obtained via leak by the International Consortium of Investigative Journalists, provide an astonishingly detailed look at this mucky system. The ICIJ is a Washington-based non-profit organization that links some 200 investigative journalists worldwide. The scandal's instant name deliberately echoes the Vietnam-era's Pentagon Papers. That leaked trove provided shocking revelations, to include war-related lies peddled by the Johnson Administration.

The ICIJ says the firm's financial and legal records expose "a system that enables crime, corruption and wrongdoing, hidden by secretive offshore companies." Clients include companies and individuals sanctioned and blacklisted by the US government for doing business with drug cartels, terrorist organizations and rogue nations. Some files address "the offshore holdings of drug dealers, Mafia members, corrupt politicians and tax evaders..."

Such awkward revelations. Yes, crooked politicians worldwide -- many of them staunch socialists, government interventionists and populists! -- filch millions of dollars, billions in some cases, via graft, extortion, bribery or outright theft. Then they stash their dirty money in hidden bank accounts and trusts.

The offshore holdings of 12 current and former leaders receive premier billing in ICIJ's analysis. These cads earned it, since they either rule or ruled their respective nations. Though it appears Russian President Vladimir Putin was not a client, the ICIJ believes the law firm helped Putin's his cronies "shuffle" $2 billion "through banks and shadow companies."

Putin's childhood friend, the cellist and conductor Sergey Roldugin, is a key shuffler in what could be a classical case of money laundering. In that dark business, Panama is regarded an accommodating locale. Files suggest Roldugin helped snag "a big slice of Russia's TV advertising industry."

While it's doubtful that Putin and Roldulgin will ever face indictment, they and other bad actors do confront the stigmatization of awkward revelation. In the 21st Century, thanks to the Internet, awkward facts can penetrate closed borders.

It is likely that many people who utilized the talents of Mossack Fonseca didn't use its tentacles -- meaning they committed no crime. There are legitimate reasons to have offshore accounts, but in a mass data dump the crimes of the crooked mar the reputations of the legitimate. The hard lesson here is to work with firms that don't have sewer clients.

Iceland's Prime Minister, Sigmundur David Gunnlaugsson, surely wishes he had been fully transparent. As I write this column, it isn't quite clear if Gunnlaugsson has resigned or taken a leave of absence. He has suffered severe political damage. Evidence suggests what he did was technically legal. On the last day of 2009, while a member of Iceland's parliament, he sold his interest in a company he co-owned with his wife to her for a dollar. A new law coming into effect in January 2010 required him to declare his ownership as a conflict of interest. That company now claims over $4 million from three failed Icelandic banks. In 2013 Gunnlaugsson helped craft deal to aid the banks' claimants.