South By Southwest: Where Garage Attitude is a Strategic Economic Asset 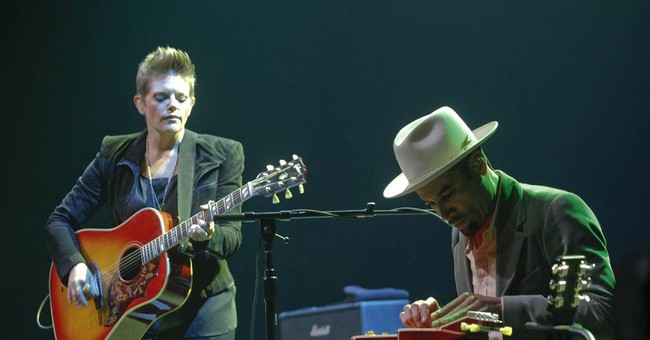 The pun makes a serious point about human relations, 11th century B.C. and 21st century A.D. Digital communications systems, via Internet and cell phone, have given individuals near-instant inter-continental reach. Calling home to Texas from Kabul and Baghdad was a snap; I pushed one button, the "Bay Home" speed dial. However, Kabul and Baghdad aren't easy places -- they're dicey. Since shrapnel is the worst kind of air pollution, I wore a flak jacket and helmet while chatting with my wife.

Which brings us to fingers, those digits. Fingers, those wriggly, tactile extensions of your hand, are the original human digital connection.

At the SXSW Interactive sessions and mixers, plain old handshakes made of digital fingers (OK, also an occasional kiss) advance deals begun by digital email or the chance discovery of a fascinating website.

A handshake is a digital ritual to seal a deal. It affirms mutual trust, which involves mutual confidence and security.

Until quantum devices can connect your palm's quarks to the far side of the Universe, human handshakes will require face-to-face proximity. Trade shows (those punctual German trade fairs in Frankfurt, for example) demonstrate that sellers benefit when buyers can examine, taste, touch, kick or crawl inside products. The buyers also get to assess first-hand the exhibitor's marketing skills. A lousy marketing operation does not necessarily mean the service operation sucks, but it is not a good indicator.

SXSW Interactive is in the process of carving out a special international trade show niche where Silicon Valley, Wall Street and Vegas can't socially, ethically or structurally compete. At SXSW, garage bands and garage businesses provide the energy, not crony billionaires or slot machines. Lateral connectivity is the genius of the Internet. Via the Internet, the socially inept and politically isolated genius creating the future in his garage has an opportunity to evade the crony networks and connect to someone who will back him and someone who will market him.

SXSW uniquely meshes old time human social networking and the Internet. It has garage attitude. The garage is the down-home lab of individual tinkering, skill and genius. Don't underestimate tinkering. Great ideas are talked about until they are tinkered for the market. Garage attitude begins by given someone the chance to demonstrate what he/she can do. SXSW's garage attitude has slacker cultural origins -- this is Austin, Texas. However, the attitude reflects hi-tech Austin, not cosmic cowboy Austin. Garage entrepreneurs don't slack; they sweat. Here's the creative payoff: The garage attitude allows economic innovators, marketers and investors to mix with a unique sense of possibility unrestricted by front office assumptions.

But as for seeding trust? I have the impression the garage attitude and certain SXSW externalities help promote personal trust. In the exciting grind of SXSW, you get the chance to see people search for a parking place, squeeze into an over-capacity club and simultaneously pitch to Goldman Sachs and a banker from Kerrville. Hey, all three are an insight into character.