On the Road to Fatima Gate 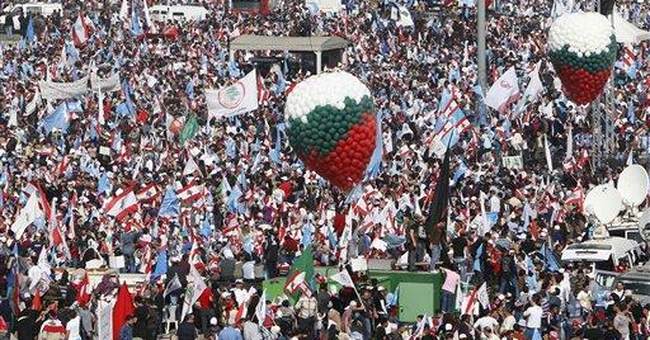 2011's Arab Spring is an astonishing moment. Yes, somewhere on the calendar of the next decade's history a fall of lowered expectations will occur and a winter of cold disappointment -- but the hopes and passions powering it will not disappear.

Michael Totten's new book, "The Road to Fatima Gate" (Encounter Books, 2011), provides a first-person look at Arab Spring's immediate predecessor, Lebanon's Beirut Spring of 2005. Totten then moves to a detailed discussion of Hezbollah's increasing power within Lebanon, followed by a compelling, on-the-ground look at the 2006 Hezbollah-Israeli war (the July War, in Lebanese parlance). Totten portrays the war as an Iranian-Israeli war, with Hezbollah as Tehran's proxy.

Totten's introduction to the Beirut Spring begins with the murder of former Lebanese Prime Minister Rafik Hariri. A bomb destroyed his Mercedes. The Hariri assassination remains current news, for a U.N. investigation implicated Syrian intelligence agents as the culprits, with the order to kill Hariri coming from the highest levels of the Assad dictatorship. Complicity in Hariri's murder is another reason to regard anyone who claims Bashar Assad is a reformist as being inexcusably ignorant or a paid propagandist.

The murder was supposed to cow Lebanon. "It didn't work," Totten observes. "Lebanon exploded in revolt the likes of which the modern Middle East had never seen."

More terror bombs exploded. Totten "hopped a flight to Beirut from Germany," as pro-democracy Lebanese demonstrators rose up against Syria's occupation forces -- the soldiers and intelligence officers of the same Assad regime that this spring is shooting its own citizens. The pro-Syrian marches featured angry Hezbollah supporters carrying pictures of Bashar Assad and wielding pistols and knives.

With factional tension increasing, Totten headed south, to Hezbollah land, a "miniature one party state" that was "mobilized" for external and internal war. Lebanese government soldiers and police did not go there. Posters of the Ayatollah Khomeini, Iran's current supreme cleric, Ayatollah Khamenei, and Lebanese Hezbollah's own Hassan Nasrallah were ubiquitous.

Fatima Gate had been the major crossing point between Israel and southern Lebanon prior to 2000, when the border closed. Totten found the gate wrapped in cyclone fencing "two stories high." Arabs drove down to the gate to "throw rocks at Israel."

Rocks are one thing, barrage rockets another. From late 2005 to the summer of 2006, rockets supplanted hurled rocks. Israeli towns were subjected to random then increasingly fierce bombardments. Hassan Nasrallah provided the polemics, but the puppeteers were in Tehran. Iran wanted to goad Israel into fighting a dirty war on a battlefield of villages interlaced with mines and bunkers. Southern Lebanon became the July War's battlefield.

Totten's chapter on the Siege of Ain Ebel documents Hezbollah's intentional use of civilian homes and churches as fighting positions. Hezbollah did not care. The more destruction, the better. Ain Ebel is a Christian community.

Totten's road ends with a look at Iran's disputed election of June 2009. Why Iran when his focus is Lebanon's chaos? Because Iran seeds the chaos. Topple the ayatollahs' regime, and Lebanon's troubles will diminish.