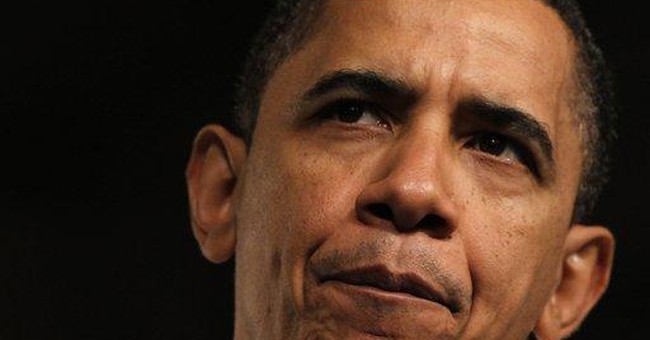 The media speculators have returned, pondering the likelihood of an attack by the U.S. or Israel on Iranian nuclear weapons sites. Every week, the Beltway spins forth another series of articles quoting anonymous State Department officials, a pontificating general or two, or a terse national security adviser. The phrases "growing fears" and "new war" punctuate the political science jargon.

Wake up, world, and grow up, Washington. Iran's mullah-led regime is already at war. It is at war with Iraq. It is at war with Israel. In historical terms, the descendant regime of the Ayatollah Khomeini has been at war with the United States since, oh, 1979? Moreover, the corrupt dictatorship is fighting a civil war in slow motion with the Green Movement, the hodgepodge Iranian opposition coalition that reflects the disenchantment of an estimated 70 percent of the population.

The phrase "new war" is diplo-speak for an American or Israeli raid on Iranian nuclear weapons production facilities. The raid would really be a new battle in this complex, long-running conflict. The Khomeinites in Tehran would portray the raid as escalation, an attack by the Great Satan on the Islamic Republic and ultimately all Muslims. The Israelis would portray the raid as genocide prevention -- and a warning to anyone labeling Israel a "one bomb state."

The Obama administration would portray the raid as ... as ... well that is not (yet) quite clear.

The blame for the Obama administration's Iranian policy conundrum begins with the president himself. The "no pre-conditions" to negotiations pledge Barack Obama made to the mullahs and his Cairo apology to the Islamic world have proven to be what Obama's critics called them: fillips to the "Blame America" habitues of the American left. In terms of forging an effective policy capable of coping with the dysfunctional regimes afflicting the Middle East, however, they were naive, myopic and culturally ignorant gestures. Dictators interpret apologies and kowtows as weakness. The smug thugs in Tehran touted Obama's apologias as a triumph for the Khomeinists' revolution.

Green Movement protests after Iran's troubled June 2009 elections revealed the regime for the failure it is: hideously corrupt, internally despised and domestically violent.

It is also internationally dangerous. Khomeinist Iran, though no global power in the traditional sense of economic, political or military might, is globe-girdling in terms of involvement in controversy, revolution and armed conflict. This flows from the Ayatollah Khomeini's claim Iran would lead a global Islamist revolution.

While the ideological appeal has paled, the associated violent troublemaking hasn't. By one count, the regime is involved in at least 17 international conflicts, most of them in the Middle East or Central Asia, but its tentacles even touch South America.

This foul regime seeks nuclear weapons. Yes, a nuke would strengthen its hand domestically, playing to a certain type of nationalist sentiment. A nuke serves a defensive purpose, a form of regime protection. These are, however, narrow truths all too easily abused as arguments for inaction. The broad fact: A nuclear Iran tilts the entire Middle East toward further violence.

Obama minions have said as much, and we hear that Iran will not be allowed to get nuclear weapons. Tough economic sanction talk is one thing -- actual sanctions another. Right now, the U.S. can't get Brazil to support harsh sanctions. We also hear Beltway gossip that contends Obama is already resigned to containing a nuclear-armed Iran. What we do not hear articulated is how the regime would be contained.

Iraq is the best base for executing any competent containment regimen. Obama, however, failed to support the U.S liberation and democratization of Iraq, which are the predicates to an Iraqi-U.S. alliance against the Khomeinists. He still insists on an accelerated withdrawal of U.S. combat units.

Now the Beltway spin turns to "new war." Why? Because it must. The Khomeinists are 15 months closer to possessing nuclear weapons. A successful democratic revolt in Iran would get Obama -- and all of us -- off the terrible hook. Obama, and the rest of us, however, cannot bank on such fortune. In its own awkward, benighted and belated fashion, the administration of the American messiah of perpetual peace has begun preparing for "the military option" -- massive air and special operations strikes on the mullah's nuclear arsenal.