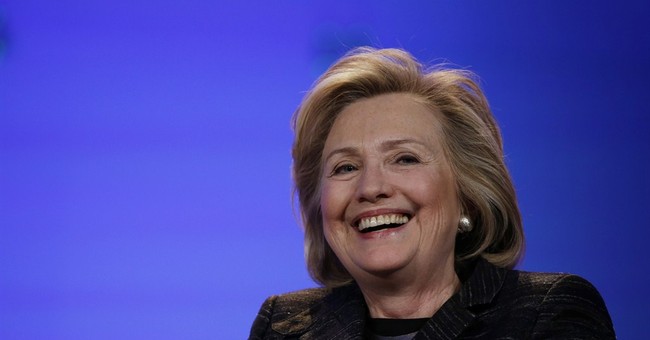 It has been confirmed that during Secretary Clinton’s four year tenure at the State Department she did not have a federal government email address. All official business was conducted solely through her personal email account, which is raising a lot of eyebrows in Washington.

For an administration that adamantly vowed transparency, the actions of top officials like Secretary Clinton certainly leave room for doubt. In a report last week, emails were exposed that confirmed Secretary Clinton and her aides had been aware that Benghazi was a terrorist attack within minutes of the incident -- as a result of those emails, further research into Clinton’ records came about.

It is rare for a federal government official to be conducting official business through a private email account. Even federal government employees such as congressional staffers know the rules regarding official email accounts so it would be highly unlikely that Mrs. Clinton didn’t have any knowledge as to what she was doing. Prior to serving as Secretary of State, Mrs. Clinton served as a Senator where she would’ve had first-hand knowledge of the rules regarding official email correspondence. For her own sake she should’ve conducted all business through an official account due to her role at the Clinton Foundation -- especially now that it’s been revealed that she was accepting questionable donations from foreign countries during her tenure at the State Department.

This lack of transparency and blatant secrecy will pose significant problems for Secretary Clinton going forward. So far all of her business whether it be official or through the Clinton Foundation seem to be plagued by scandal and controversy. Secretary Clinton violated ethics rules while accepting donations and now she may have possibly broken more federal laws regarding her correspondence, since federal law requires that official correspondence be catalogued and documented. She will face a significant uphill battle to regain trust among the American public, but more importantly Democrats who have denounced her behavior. Unfortunately, she can’t just press a reset button and hope for these scandals to disappear.

Although, this trend of using personal emails to conduct official business isn’t unique to Secretary Clinton, it has also been reported that IRS’ Lois Lerner used her personal email as well. The use of non-official email accounts to conduct official business implicates federal records requirements. When using a non-official account oversight is more difficult since the records are archived. For a federal official to use their personal email accounts there would have to be a rare circumstance or an emergency. For this type of behavior to be running rampant in Washington is questionable at best.

The American public should expect more of the federal government and its leaders and demand transparency from the federal government -- because they work for us. Issues like this highlight the corruption and scandal that occur all too frequently without the knowledge of the American people. But, I guess we shouldn’t be surprised because really, in the words of Mrs. Clinton, “What difference does it make?”