Che Guevara: The Man, the Myth, the Atrocities 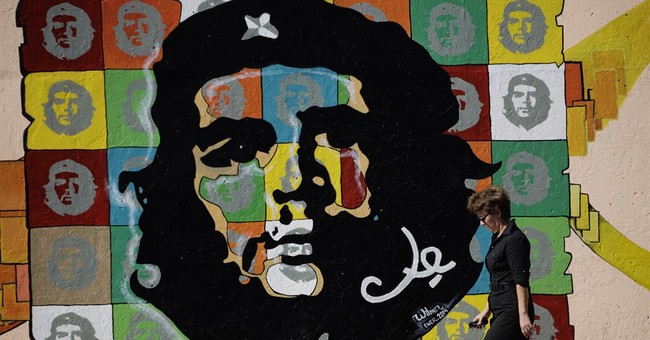 Today marks 47 years since the death of Marxist revolutionary Che Guevara—an international terrorist responsible for the murder of thousands of innocent people.

Despite Che’s murderous history, the Left continues to glorify and idolize him. Images of Che’s face can be seen on t-shirts, coffee mugs, keychains, and sweatshirts—ironic because he wasn’t a proponent of free-markets. Students walk around their campuses wearing shirts with Che’s image on it, yet they have no idea of the atrocities he committed. Unfortunately, most students either ignore this part of his story or are never truly informed about his actions.

Every year Young America’s Foundation sponsors “No More Che Day” on October 9, the day of Che’s death. “No More Che Day” is designed to educate campus communities about Che’s cult of violence. This day brings awareness to the negative effects of socialism and what the ultimate goal of socialism is—conformity or death.

For example, most students probably do not know that Che said, “We reject any peaceful approach. Violence is inevitable. To establish socialism, rivers of blood must flow.” One could easily attribute this quote to Adolf Hitler—but it was Che Guevarra.

Why do our colleges which claim to uphold standards of “tolerance,” allow students and faculty to idolize and celebrate the life of a man who had no tolerance for others and rejected peaceful approaches?

However, maybe that isn’t so shocking since Che also said, “Youth should learn to think and act as a mass. It is criminal to think as individuals.” This seems to be the direction that colleges are going today—with many schools trying to suppress free speech through “free speech” zones and other restrictive campus policies.

Each year, without fail, Young America’s Foundation student activists face obstacles when organizing “No More Che Day.” In 2011, a teacher at Columbia Independent High School asked a student to remove posters depicting Che’s atrocities. Interestingly enough, students don’t need permission to decorate the outside of their lockers, but in this student’s case, his free speech rights were revoked.

In 2012, the University of Maryland YAF Chapter student activists were called “hypocrites” for exposing the atrocities of Che. These students who challenged the YAF Chapter said that the US and CIA were responsible for genocide all over the world and that Che should be revered as a hero in fighting for “social justice.”

Che honestly believed that “the victory of socialism is well worth millions of atomic victims.” Che’s name is associated with revolution and rebellion, yet many people don’t know that his end goal was to execute anyone who didn’t embrace socialist policies.

On the University of California, San Diego (UCSD) campus, one can find the “Che Café” where members are called the “collective.” In 2002, the Che collective agreed to finance a website that served as a directory for radical resources. It is important to note that UCSD is a taxpayer-funded institution and this Café is a place where collectivist thoughts and radical ideas are encouraged and promoted. Since 2010, the Che Café has been sued and threatened with eviction. To this day, the Che Café is still open and fighting in court to keep its doors open.

In a letter to his father, Che wrote, “I’d like to confess, at that moment I discovered that I really like killing.” One wonders if that average student wearing a “Che” t-shirt knows what this “hero” truly stood for.

October 9 is a day that should be used to educate and inform everyone, but especially our nation’s youth of the murderous thug that Che was. Che should not be hailed as a revolutionary hero. He should be known for the evil mass murderer that he was. His socialist ideas should be exposed for what they are—part of the Communist governments that are responsible for murdering more than 100,000,000 people.