California is Well-Known as the Land of Fruits and Nuts

Arthur Schaper
|
Posted: Jul 18, 2016 12:01 AM
Share   Tweet
The opinions expressed by columnists are their own and do not necessarily represent the views of Townhall.com. 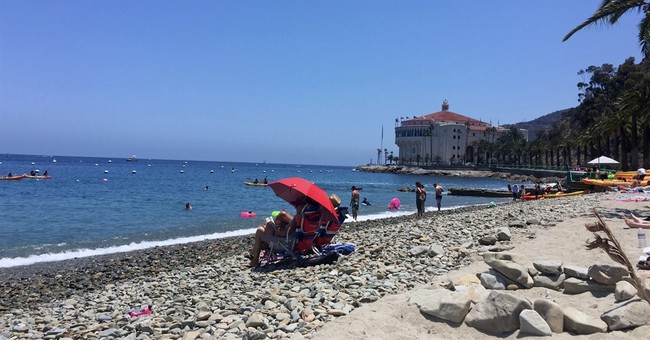 Too bad we can’t keep them all in one bowl, pour on the milk, and chow down. Some of us feel destined to remain stuck in the pits.

Tragically, disgraceful, reprobate lawmakers are not only turning California into sanctuary state for illegal aliens, but also the final resting place for bigots, statist, and budding tyrants. Indeed, the state legislature just shoved a rash of anti-Second Amendment bills down our barrels. Now it will be a crime to buy guns with a “bullet button” for example. California has one of the worst business climates, with the highest taxes in the nation (including the gas tax). The state taxes businesses for creating carbon. Will residents get fined for breathing, too? Arrogant California lawmakers and executives have declared war on individual liberty, specifically the First Amendment.

Granted, I am sure you have heard of Attorney General (and soon-to-be U.S. Senator) Kamala Harris shaking down pro-life forces. They exposed that Planned Murderhood is not just an abortion mill, but a body-part profiteer. Ten videos exposed backroom deals selling the heart, the brains, and the outer fetal tissue to the highest bidder over a cup of coffee.

Korrupt Kammy got $81,000 grant from Planned Murderhood, and pro-life forces demanded her resignation. So far, she hasn’t budged, but has backed out of the limelight. For now, California voters must resign themselves to the improbably rise of Willie Brown’s girlfriend, a criminal-friendly progressive who never met a conservative she wouldn’t shake down.

California lawmakers wanted to legalize the investigation and prosecution of individual (and corporate) interests who questioned climate change. The Green Inquisition has been hitting roadblocks in Washington, thankfully. Turning over a new leaf in California politics, the Environmentalist lobby has hit another hedge, as moderate lawmakers have gutted radical anti-green, anti-carbon—and anti-reality—proposals.

But the tyranny against freedom of speech, thought, and religious has not ended. The worst offender among them all? Not Governor Moonbeam, although his second tenure as Governor has been anything but beaming or shiny.

To date, California state senator Ricardo Lara (D-Bell, Bell Gardens, and many other corrupted regions of Los Angeles County) has earned the dubious title of “Biggest Bigot”, and has submitted his most noxious bill yet: Senate Bill 1146.

Lara’s glibly promotes this proposed law as the “Equality in Education Act”, but truly it’s another sordid piece of legislation which will codify and enhance discrimination against law-abiding citizens and institutions. While Lara claims that LGBTXYZ-pick-a-letter students face discrimination on campuses because those colleges have an exemption from Title IX of the Civil Rights Act, the truth is that Christian colleges by and large operate along more narrow standards than other post-secondary institutions. Education is inherently discriminatory, guiding students to discern between right and wrong as well as among diverse sets of opinion. At least, those standards should guide university education and student life. Let’s go one step further. Biology, reality, truth, integrity: these essentials to civilization are also discriminatory, promoting what is good and what works, compared to what is false and destructive.

Education and upbringing are supposed to do that. Lara has a problem with this very commonsense, long-standing institutional practice.

In spite of this thing called “The First Amendment” and the freedom of conscience embedded within its precepts, the aggressive homosexual lobby has targeted churches, charities, and small businesses to accommodate same-sex marriages and adoptions, despite the proprietors’ objections to such conduct. Professionals in many callings also face pressure to cave to the Big Gay Hate Machine, or lose their jobs. Just ask Atlanta Fire Chief Kelvin Cochran, Dr. Eric Walsh, and Dr. Paul Church.

Since when did cultural Marxism become a pretext for discrimination against private persons and corporate interests to accommodate same-sex behavior or the mental delusion of men pretending to be women?! Since when did men and women have to toss aside their rights not to participate in certain activities?

And yet, State Senator Ricardo Lara wants to shove this agenda onto Christian schools throughout the state of California. For the record, note that Lara targets Christian schools. Isn’t that invidious discrimination in itself?

Barry Corey, the President of Biola University, one of the United States’ most famous Christina Bible colleges and based in La Mirada, CA has articulated a compelling yet respectful pleas against this terrible proposal. Brad Dacus of the Pacific Justice Institute has ramped up the counter-mentum against this ill-conceived bill. Californians—and all concerned citizens of conscience—have been slamming individual legislators to reject this bill by social media, phone calls, and public demonstrations. Residents all over California traveled all the way to the state capital in Sacramento to protest this legislation, too.

And last of all, an extension of the world-renowned and growing pro-family group MassResistance has expanded and extended its role in the fight against life, liberty, and family. California MassResistance (full disclosure, I serve as its director) members have ramped up the pressure, protesting not just in front of Target stores, but now going to legislators up and down the state. Check out our group’s demonstration in front of Ricardo Lara’s office here.

The outrage against SB 1146 is spreading across the country, too. Check out MassResistance’s latest update on the terrible bill and the growing opposition against it. Last time I checked, this is still the United States of America, and no state, no state legislator, has the right to infringe on anyone’s right to freedom of speech, the press, assembly, petition and religion.

California conservatives are fighting the good fight—and winning!—against illiberal tyranny and unruly intolerance, and in the most unlikely of states: liberal-loony, nutty-fruity California.