Why I Support Jason Chaffetz for Speaker of the House 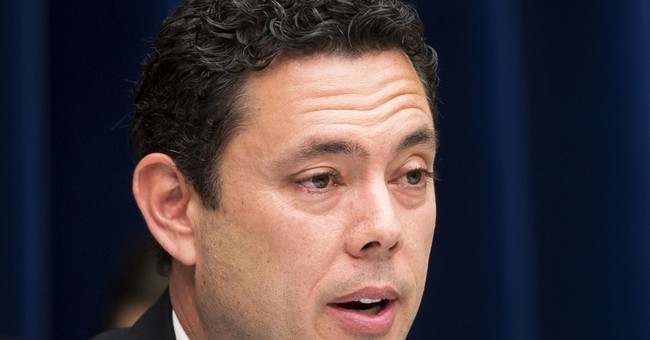 Perhaps there’s a record there. He helped ban earmarks. So did US Senator John McCain, and conservatives want McAmnesty out of office. How about reforming entitlements? How about ending the War on Drugs? How about confrontation with a capital C?

I am a California conservative, and I want someone who is not connected to the Old Boys Club, the business of working the backrooms to get deals. John Boehner, tanned and now panned, stepped down because the Freedom Caucus, and more importantly their nationwide supporters, pushed him to step down, because he would not fight for and demand real reforms in the House, from the US Senate, and the President. The call for new leadership is more than about differing factions. This is more than Tea Party v. Establishment, or centrist v. conservative. Meadows forced a showdown again a Speaker who was simply not doing his job.

I spoke with representatives from McCarthy’s office during the CRomnibus back-and-forth in late 2014. I kept hearing about how the leadership did not want to shut the government down. “It would be emotionally satisfying, but would make us look bad.” Really? They wanted to avoid the fights and missteps which had “occurred” during the 2013 shutdown. By the way, in case anyone missed it, the Tea Party movement actually forced spending cuts, and they went through, no questions asked, because they refused to cave. Republicans wiped out Democrats across the country. We have fiscal conservatives in deep blue Maryland and Massachusetts, too. Now Washington needs the bluster that puts up rather than sits down.

Now more than ever, Republicans in Congress, and all liberty minded, libertarians, conservatives in general, must accept one sordid fact: Obama and his Democratic cohorts are not interested in governing by consent, consensus, or principled compromise. He lied during the 2010 meeting with members, when he declared: “I am not an ideologue”. Congressman Mick Mulvaney blasted the Fiscal Cliff fiasco in 2012: “They want to buy a home for one dollar. That is not compromise!” Obama is interested in conflict, confrontation, and conquest. He has incited a war of polar opposites, not a debate of reasoned opponents trying to forge the best outcomes for both sides. Such is the outcome when the Chief Executive refuses to recognize our Constitution or the Chief Lawgiver, Congress.

We don’t have Bubba in the White House, people (who would have to be a Republican today, since his party has left him). We have a rogue Occupier who does not respect the rule of law, his oath of office or the United States Constitution.

So, the back-slaps, the cigar parties, and the Wednesday night dinners with opposing sides are a thing of the past. Just as US Senate candidate Rand Paul refused to shake his 2010 Dem rival’s hand during their last debate, so too friendship among differing parties is a thing of the past.

We don’t know picture parties and cocktail dinners. We need reform, we need change that we can see as well as believe in. And I do not trust McCarthy to bring either.

Apparently, even the Los Angeles Times is having second thoughts about a McCarthy Speakership.

So. . .why Chaffetz, then? Is this not the long ago Democrat-turned-Republican who has a fan in Michael Dukakis? Yes, and that’s a point worth celebrating: a liberal, mugged by reality, who embraced conservative values over time and became a staunch Republican. I like that.

Didn’t Oversight Committee Chairman Chaffetz try to remove Rep. Mark Meadows from his sub-committee chairmanship earlier this year? Yes, he did. Guess what? He backed off. I want leadership that will do what conservatives want. Don’t you? I don’t want a fully independent Speaker. I want a sock puppet who will do and say what conservatives, constitutionalists, and citizens in general want.

Is this not the guy who sought out my loathsome former Congressman Henry Waxman to emulate his confrontation style as House Government Reform and Oversight Committee Chairman? Yes, and I even blasted his seeming selling out to “the Establishment”. Since then, I have looked over his current tenure as chairman. Come to think of it, I want a right-wing version of Henry Waxman, someone who will embrace rather than avoid confrontation. Maybe he will threaten to throw meandering Marylander Rep. Elijah Cummings off the committee if he refuses to stop frustrating investigations into government abuse.

Once again, readers, Chaffetz backed off his attempted overthrow of Rep. Meadows, who lived to serve on the committee, and then file the discharge petition ousting retiring Speaker Boehner. Inadvertently, we can thank Chaffetz for the little dust-up earlier this year.

I want Jason Chaffetz, the conservative who is the most electable. Not because he is perfect, not because he will be some savior to right the course of wrong-doing in Washington all by himself. He can communicate (McCarthy has already stumbled). He can count (McCarthy does not have 218 votes for the floor vote later in October or November), and as conservatives recognize their power to force change and influence outcomes in the House, I believe that Chaffetz will be easier to pressure to our cause, the country’s and the Constitution’s. Also, his win will further disrupt the Old Boys Club of Boehner-McCarthy, and further prove the individual voters’ muster. Now, I have learned another lesson about grassroots activism. It is not my job to make anyone, friend of acquaintance, support my choice for leadership. You make that decision for yourself.

So, I support for Chaffetz for Speaker. More importantly, I celebrate and continue to debate that conservatives can and must mobilize more effectively, not just propping up leaders whom we want, but getting more legislators, whether Republican or Democrat, to start accomplishing the right things: demanding constitutional rule which advances limited government, lower taxes, less spending, looser regulations, and most importantly individual liberty.