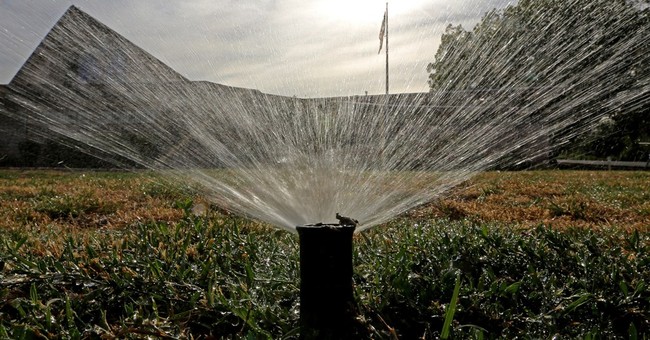 California Gov. Jerry Brown has issued an executive order demanding drastic cuts in water usage. Everyone is going to feel the pinch of water loss, and steep reductions in water consumption will affect even the most remote or removed of California residents.

In the city of Torrance, CA, where residents and local leaders have taken the lead on water conservation for years, the city council has already informed city residents and community representatives that Level One and even Level Two water restrictions may be put in place to deal with the ongoing, now chronic drought afflicting the Golden State.

How many days will homeowners have to restrict water usage? How long will they be able to shower? Some homeowners, living in "The Soils" district of “The Balanced City” must maintain a consistent level of moisture on their property, or their homes will start to cave in, then face red tagging.

Equity in water conservation is the main issue at stake, where meeting the needs of diverse elements in California conflicts with across the board equality, or identical limits and mandates on water usage.

Brown's executive order has already been met with criticism, not just because of his dictatorial reach, but because of the exceptions he has put in play. Farmers in the Central Valley will not be affected by these demands. However, the water issue is an old one, pitting not just the farmers against the environmentalists, but business interests and homeowners against the state government.

The state has endured routine droughts for years, but the severity of the water loss has now reached such lows that Brown issued an order demanding a 25% reduction in use.

Homeowners may have to let their grass go brown, because Gov. Brown heeded the call of Big Green to protect the fish and game instead of the farmers and the general public.

The water loss in the state of California all flows back to poor leadership, misspent resources, and misplaced priorities.

No matter what fantasies the Democratic legislature dreams up, there are two forces more powerful than law.

One is the marketplace. Men and women will seek the better product or service, even if it means resorting to black markets in order to trade goods and find the best purchase. Governments cannot legislate funding and revenue streams, nor stir up supply and demand with final arbitration. State force cannot control the water or maintain key water levels, either.

Reality is the result which puts out the ideal goals of Leftism.

California is dying of thirst, yet the state Democratic leadership wants to open the borders further, allowing more illegal aliens to take on more resources, which the natural geography cannot supply. How many more farmers will have to lie dormant because of this shortage?

Not just illegal immigration, which is straining public organizations and statewide resources, but the lack of a strong, long-term infrastructure. Where are the storage tanks to take in the rain run-off? Huge storms have hit all along California at least three times this year, and yet the water escapes into the sewers in urban areas, then spills out into the sea.

Where are the desalination plants, which can convert seawater into potable water? George Yang of Menlo Park has already discussed investing in construction and investment into desalinization. Republican gubernatorial candidate Neel Kashkari talked about prolonged plans for saving water and keeping California from dying of thirst. Breitbart posted a brilliant column outlining the water issue in two states: California, and Arizona. Arizona relies on the same water source, the Colorado River, yet the home of Barry Goldwater has no water shortage issues, including a year's worth of water stored underground. Other big differences between California and Arizona? A Republican trifecta governs Arizona, with conservatives working to oust moderate US Sen. John McCain next year. The state put infrastructure and long-term storage ahead of bullet trains and Big Green.

Another reason why the Golden State is losing water? Sacramento Democrats have fought hard to protect wildlife and enact onerous environment restrictions and protections at the expense of the people and businesses living (and trying to earn a living) in the state. Fish have taken precedence over the farmers, and the wildlife have been deemed more worthy of attention than the civilian populations throughout the state. Rep. Devin Nunes (R-Tulare) is one of few federal voices pleading on behalf of drought-stricken agriculture workers and farmers throughout the Central Valley. US Sens. Barbara Boxer and Dianne Feinstein have either hindered agriculture, as in Boxer's near fanatical adherence to environmental causes at the expense of residential needs. As for Feinstein, her political connections and tenure could not put together a last-minute water bill to shore up the drying conditions in California. Boxer is already retiring, and Feinstein should join her two years later.

California, the breadbasket of the country, is dying of thirst, and the staggering loss of natural resources will have national implications. Republicans in California and across the country should not (pardon the expression) let this crisis go to waste, nor permit this man-made folly waste any further necessities of life.