The Odds Are Stacked Against Free Enterprise in Virginia

Armstrong Williams
|
Posted: Apr 16, 2020 12:01 AM
Share   Tweet
The opinions expressed by columnists are their own and do not necessarily represent the views of Townhall.com. 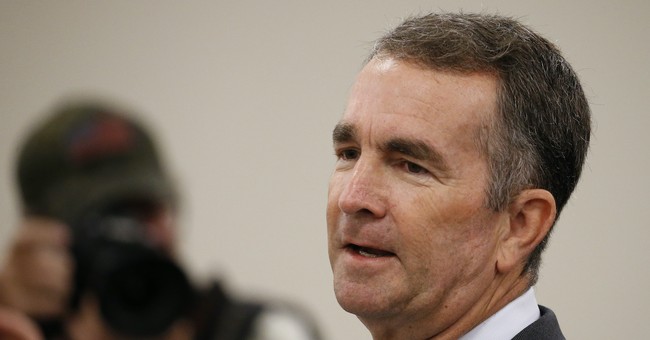 As we continue weathering the coronavirus pandemic, some forward-thinking states and their leaders are preparing a pivot that puts their people back to work and brightens the economic outlook for the long term. And then there is Virginia, which appears poised to pursue shortsighted business decisions that will ultimately cost it jobs, tax revenues and respect.

A landmark bill to bring casino gaming to Virginia is awaiting signature by Governor Ralph Northam. Northam is perhaps best known on the national stage for his controversial yearbook photo showing two men: one in blackface and one in a Ku Klux Klan robe.

While Northam apologized for the photo amid calls from his own state's Democratic Party to resign, saying he appeared "in a costume that is clearly racist and offensive," he later backtracked and claimed it wasn't him.

Regardless of persisting questions about his judgment, Virginians are presently waiting to see whether he will accept or reject a dubious bill that would bestow benefits upon a chosen few to the detriment of the state and its economy. It makes for a fascinating political and financial case study: one in which a Democratic governor receives on his desk a bill from a Democratic-controlled legislature with apparently no qualms about unabashedly foregoing free-market principles and American capitalism.

As standard practice, the building and operating of casinos are allowed after a transparent and competitive bidding process for gaming licenses in that state. The logical rationale from the state's perspective is that licenses should be awarded to trusted operators. States typically want to ensure the best possible financial terms so that they can create jobs and produce maximum revenues in the form of various taxes.

The difference between a good deal and a bad one is significant, translating into hundreds of millions of dollars for the state. The pending gaming bill in Virginia comes ready-made with irregularities that could guarantee that Virginia ends up losing big.

In effect, state lawmakers have completely bypassed the crucial step of an open bidding process. Instead, they have declared that they will award preferential treatment to casino operators who will secure sole-sourced contracts in the absence of competition.

Such sweetheart deals smack of cronyism and evoke images of shady deals concluded behind closed doors, as opposed to in the public eye for all Virginians to see. It's a cynical betrayal of the very principles that have propelled our nation to become the most powerful economic force in the world. This process also does little to dissuade disillusioned Americans, who routinely find their own needs come second to insiders employing droves of lobbyists to secure the access that lines their pockets.

And who exactly will benefit the most from preferential treatment? The highly controversial Pamunkey Indian Tribe, whose racist constitution formally forbade marriages between its members and African Americans. The Pamunkey Indians may have zero experience when it comes to constructing and running entertainment or gaming complexes of any size, yet they have a lock on a staggering 40% of the state's coveted licenses.

We know from experience that free-market principles work and that private businesses forced to compete on a level playing field are incentivized to deliver big for their customers or else. That's a stark contrast to the waste, corruption and inefficiencies of big government, which has little incentive to deliver, aside from pocketing the personal benefits or political support needed to help elected officials maintain their positions of power.

Especially at the state level, government's proper role is to provide for the physical and economic safety of its citizens. It should pave the path for free enterprise and then get out of the way. Instead, when state-level legislators pose as development dilettantes and eliminate competition in favor of sweetheart deals, it is ultimately the people who pay the price. And unfortunately for Virginians, unless this bill undergoes a rewrite, it will cost them dearly.

Properly managed, casinos can become tremendous boons to local and state economies. They can bring in hundreds of millions of dollars annually, produce tens of thousands of jobs and help fund vital city services.

In other words, done the right way, gaming can produce a win-win-win for states, their residents and private enterprise. By becoming the very first state to forego open competition, the Democrats in Virginia appear eager to deal all three a losing hand.