The Paradox of Abundance

Armstrong Williams
|
Posted: Nov 24, 2017 12:01 AM
Share   Tweet
The opinions expressed by columnists are their own and do not necessarily represent the views of Townhall.com. 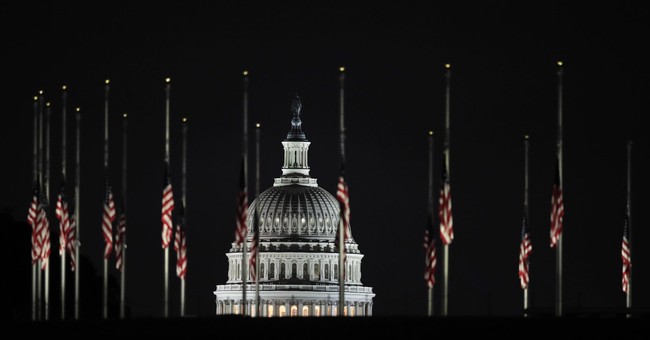 Life is funny.  As suckling babes, the most luxurious thing we could ever imagine is the nurturing warmth of our mothers.  But as we age, a whole host of desires and ambitions begin to take shape in our minds. For the most part, whether we want to admit it or not, those ambitions generally center around wealth and social status.  These things replace the womb as the object of our desires, and give rise to an almost insatiable desire for more.  As we sit down with our families this Thanksgiving, perhaps it is time for us to put things into greater perspective.

I can remember clearly when I started out in business, I merely wanted to save 50 thousand dollars.  As a spiritual wealthy and poor financial, righteous government staffer with conservative leanings, I thought that princely sum would remove all fear of my lack of financial resources and want. I could upgrade my car from an old jalopy to a used Ford truck. I could furnish my small 201 Mass apartment on Capitol Hill. I could travel and live a little. Fifty grand is all it would take.

And so I got to work. I poured all of my heart and ambition into building a business marketing nutritional supplements. I became very good at it. By the time I sold my business I had my fifty grand and then some.  But that was not the end of the story.  By that time I had become known around town as somewhat of an entrepreneur. Back then, D.C. didn’t have many of those. In fact, business was frowned upon, as the name of the game in Washington was respect, power and then money. In that order.

But through the grace and mercy of God, I persevered.  My friend Steadman Graham and I started our own public relations firm. We figured, ‘hey, we’ve been doing this for politicians and celebrities for almost a pittance. Why not do it for ourselves and make it pay off?’  Those were the fun old days in retrospect.  Learning to close deals.  Dealing with the stress of meeting payroll every month.  Becoming creative and resourceful.  Building a team, and then forging relationships that would help our firm to grow and thrive.

I remember when one day at age 33 my accountant informed me that my net worth had reached a million dollars.  In fact it happened at age 31 and I had no idea. Wow! I stopped and paused. I didn’t really feel much richer than I had at fifty thousand. I was actually working harder. My expenses and obligations had increased. A million dollars sure didn’t seem like the princely sum it appeared to be from a distance. When I got up close to it, it seemed like barely a year of rent, business expenses and payroll. It certainly was not a luxurious cushion.

And so it went, on and on.  By the time I became a multi-millionaire, many of my friends were billionaires. They could do things I couldn’t. They had private jets. They had luxury yachts.  They had vacation homes in exotic places.  They had wine cellars fit for a king.  I studied them. I wanted to grow. I learned how to use even greater leverage. I became a better manager of my character, people and resources. I got to know the captains of industry on a first name basis.

But there were certain things that never changed. That proved to be the core of my life over the years. My daily phone conversation and prayer with my mother at 4 a.m. every morning.  The workouts at my gym every morning at 5 a.m. My daily radio show.  Writing my weekly column.  Hanging out with my good friend David Modell at the Preakness or at Baltimore Ravens games. Hosting my family on Thanksgiving – when they would all come up from South Carolina and we would eat, and sit and laugh together.  I began to appreciate these luxuries more than any others.

The famous Indian novelist Rabrindrath Tagore once wrote, “I get a dinner of some kind every day, but the Goddess of Plenty keeps behind the scenes. Now that the goddess herself has appeared, it matters little if the dinner lags behind.”  I don’t believe in gods and goddesses, as a follower of Christ. But the lesson is a good one.  We should be mindful and grateful for the source of all of our abundance. For it is not the things in themselves that are the miracle, but it is the source of miracles that we should appreciate.

When considering all of the material abundance we have been blessed with this Thanksgiving, let us be more mindful of the source.  God appears to us in our friendships and our relationships with his fellow creatures.  Let us not place material things above love and camaraderie. Many of my dearest friends lost a parent in 2017.  I lost my friend David Modell this year. My beloved mother passed away April 7 and the devastation of that loss continues consistently everyday with no end in sight. My mother’s sister Ruth and brother Roosevelt also died this year. I am thankful for the riches they brought to my life.  They are and continue to be my most cherished fortune.