Since When Did Sports Become Harsh, Crude and Classless?

Armstrong Williams
|
Posted: Jan 31, 2017 12:26 PM
Share   Tweet
The opinions expressed by columnists are their own and do not necessarily represent the views of Townhall.com. 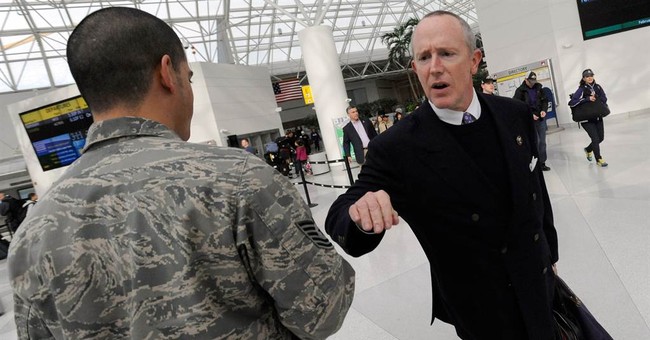 Some commentators’ reactions to the recent tragic death of my good friend David Modell, former owner of the Baltimore Ravens, revealed a deeply hurtful strain in today’s professional sports. Football fans are understandably proud of their teams, and in some sense as competitive as the athletes they come to see play every weekend. But unlike athletes, who generally leave it all on the field, sports fans often take their emotions off the football field and onto the field of public sentiment.

No sooner had the announcement of David’s passing hit the airwaves, sports fans and prognosticators began to exert vicious vengeance, almost as if David were no mere mortal with faults like the rest of us – but in fact a malevolent antagonist along the lines of the Wicked Witch of the West. Sports writers like Bill Livingston of the Plain Dealer, pronounced, in despicably cruel fashion “The big cigar that was a prop David Modell used to show how important he was turned out to be a weapon he turned on himself.” Having been close to David over the past couple of years and seeing him bravely undergo the fight of his life against lung cancer, I felt particularly stung by the fact that people would actually gloat in his death. David was beloved by many people, and was a wonderful friend and someone who was deeply involved in the social improvement of the communities he lived – both in Cleveland and in Baltimore. He was, in word and deed, one of the most charitable people I have ever known.

But this tendency to be cruel is in some sense the price of celebrity. Sports and entertainment figures are celebrated in America almost as demigods, but when they inevitably stumble as human beings are wont to do, they are castigated and torn to shreds in often public and humiliating ways.

When LeBron James announced that he was leaving the Cleveland Cavaliers after seven eventful (and successful) seasons and taking his talents to South Beach, the media excoriated him. How dare LeBron exercise his contractual rights and free will as an individual and make a decision that he believed – and in the end proved rightly so – would advance his career. It’s almost as if some people believe that sports stars are in fact public utilities – fixtures to be owned and used for the public good. And in a sense, that is how teams and stars are marketed.

Behind the scenes in any city and on any professional team, there are a series of high stakes business negotiations that ultimately result in the spectacle we all come to watch and enjoy. There are investments, tax abatements, financial negotiations around the construction of stadiums and private developments – not to mention the billions of dollars in marketing and branding deals that are paid by advertisers to get their brands exposed to the public. The players themselves are but one piece in the overall puzzle that makes these deals happen. And at times, in fact quite often, the business deals that go into keeping stadiums open and marketers happy, go against the interest of the players and fans.

The irony in the case of LeBron’s leaving Cleveland is that LeBron was more or less forced to leave. He carried the team on his back with very little help, while Cavaliers owner Dan Gilbert was content to fill the stadium on the cheap – with LeBron headlining a team that did not have the firepower to get over the hump and into the NBA finals. For a talent like LeBron, who was expected since he was merely a high school player to go on to win NBA championships, the Cavaliers’ business practice was deeply damaging to his brand.

A similar situation happened when Kevin Durant announced he was leaving the Oklahoma City Thunder to join the Golden State Warriors. Similarly to LeBron in Cleveland, Durant had carried the Oklahoma City Thunder through seven seasons in which they failed to break through to an NBA championship. For a player of Durant’s talent, this was simply unacceptable. And since it wasn’t working he decided to try something else. Thunder fans reacted with a vindictiveness that has come to typify professional sports and immediately began posting videos on social media in which they burned his Thunders jersey and called him all types of bad names.

It is time we all take a moment and step back from the brink. Whatever one may have thought about David Modell’s executive decisions as an NFL owner, he and his family certainly deserve our solemn respect at his passing. When did it become socially acceptable in America to ridicule someone at the moment of their death? It is never just and proper to gloat in anyone’s misfortune, even that of a perceived enemy. The law of correspondence laid forth in the example of Jesus Christ implores us to bless those who have wronged us – not merely for their sake but for our own.

Afghanistan and the Collapse of Normals’ Faith in the System
Townhall
Canadian journalist claims gun violence happens because "in most States, you can buy a gun like you can buy a bag of chips"
Twitchy
Report: Surprising Private Message Trump Sent to Merrick Garland After Mar-a-Lago Raid Revealed
Redstate
Yes, They're Going to Arrest Donald Trump. Deal With It.
PJ Media