The Moral Origins of Donald Trump’s Improbable Rise to Power

Armstrong Williams
|
Posted: Aug 24, 2016 12:01 AM
Share   Tweet
The opinions expressed by columnists are their own and do not necessarily represent the views of Townhall.com. 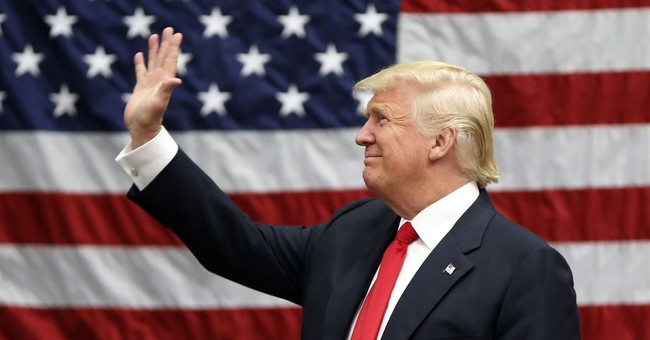 Literally seven out of every ten politics stories published in the mainstream media this year have centered upon the improbable campaign for president of Donald Trump. The media have pretty much covered the gamut – from Trump’s shocking rhetoric, to his unorthodox campaign finance strategies, to Trump’s strong appeal among certain cross-section of the electorate.  By almost all accounts, Trump’s rise has defied the odds and is leaving the political prognosticators and prediction markets increasingly irrelevant.

But few have really discussed the rise of Donald Trump from a moral perspective.  What is it about the state of the spirit of the American people that gives rise to a political anomaly like Trump?

There are a host of factors, but among them are concern about America’s decline, economic despair from a decade of recession, and the rise of Islamic fundamentalism as a credible challenge to Western hegemony.

The origins of this moral dilemma facing Americans actually goes back to President George Bush.  Bush outlined a vision for American foreign policy oriented in opposition to what he termed an ‘axis of evil.’  The term – which Bush coined during his State of The Union Address in in 2002, was to describe nations that supported terrorism seeking to obtain weapons of mass destruction (or were threatening to use them). The Axis, consisting of Iran, Iraq and North Korea, took on an almost mystical quality in the philosophy and terminology of George Bush.  If these nations were inherently evil, then America, in opposing them, was a force for good in the world.  More critically, the fact that America is an inherently good country, that is ‘exceptional,’ justifies America’s own military actions around the world.

With that moral framework in place, Bush announced an invasion of Iraq.  And at first, the story seemed to fall neatly into place.  Within days of the invasion, we were told the mission had been accomplished. Baghdad had fallen to the US Army, and Saddam was on the run. From there on it was to be merely a mop up operation.

The ensuing five years was to not only disprove the idea of a quick and easy victory for the good guys, but also challenged America’s idea of itself as a force for good in a world in which things were no longer so black and white.  Amid the fog of war, an impalpable greyness settled over America’s moral standing.  Civilian casualties in Iraq reached staggering proportions; news of torture, waterboarding and CIA black sites disturbed our sense of righteousness.  A theory of ‘extraordinary rendition’ was enacted to skirt the Geneva Conventions, and the use of contractors to carry out the dirty work was to provide a semblance of distance from the practice of torture.   Legal memos seeking to justify the use of ‘enhanced interrogation techniques,’ emanated from the Bush White House with ex-post facto dispatch.  The real question of whether one can justify invading a country that has not attacked us or our allies, but harbors terrorists, was fraught with moral ambiguities.  Guantanamo Bay happened.  Targeted assassination of U.S. citizens on foreign soil was a moral frontier no one had even contemplated before the adventure began.

By the time the Bush Presidency ended, America was suffering from a case of terrible morale.  In the eyes of many observers, the Iraq war seemed not only to be a failure – it had totally backfired.  Rather than contain the evil of terrorism, the destruction of Iraqi state seemed to result in terrorism spreading like a plague throughout the region.  No one wanted to stand by the results, even its chief architects fell upon themselves and the blame game began in earnest.

And into the vacuum snuck a total newcomer to the American political scene, Barack Obama. He had been one of the very few elected who opposed the Iraq war as a matter of moral objection, although unlike other politicians, he did not have to face the dilemma of voting for it.  By the time he arrived in the Senate as a freshman, he could smugly pontificate about what he might have done had he been in the position to choose.

Both Obama elections became more about a repudiation of the Bush doctrine than an embrace of a new theory of American power.   Immediately after his election, and before withdrawing a single troop from Iraq or Afghanistan (and with war very much raging in both places), the Nobel Prize committee crowned Obama with a premature investiture that wedded him formally to the idea of ending the American military presence in the middle east.  Of course he had campaigned on ending the wars – for America’s benefit; but he was enlisted by the world as its leader before he even settled into office.  Obama also went on a victory lap of his own through the Middle East, where he talked before large crowds about the dawning of a new day of democracy in those lands.

But already the seeds of doubt had begun to fester at home. Many saw Obama’s ‘apology tour,’ not so much as a repudiation of the Bush doctrine, but a repudiation of American exceptionalism.  And for many, the strain of the war combined with the election to the highest office of a brown man with a Muslim-sounding name, would prove a little too much to bear.