The Pivot: Four Things Trump Must Do Post-Convention

Armstrong Williams
|
Posted: Aug 01, 2016 11:15 AM
Share   Tweet
The opinions expressed by columnists are their own and do not necessarily represent the views of Townhall.com. 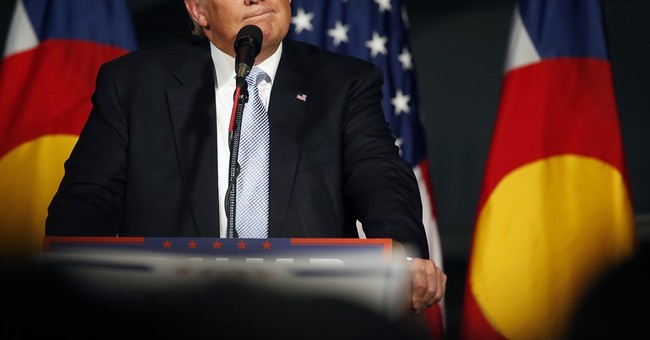 All the pomp and circumstance has passed. The balloons have fallen, and the conventions are over and through. Expect to see a bounce for Secretary Clinton that essentially wipes away the bump Donald Trump received in the hours and days following his Cleveland closeout.

Yes, now is the time in the presidential election cycle for the proverbial pivot - the shift to full campaign mode in which each side bunkers down and prepares for the onslaught of war. The team that makes the fewest mistakes in this episode wins.

I love these times. They test the political mettle of a candidate. 18-hour days turn into 7 -day weeks, and everything smacks of a two dollar tequila binge - a blur. Daily - even hourly- shifts back and forth from public rallies to private fundraising calls to rapid responses; all in an effort to get the slightest advantage.

I believe how Donald Trump enters these next 30 days will largely shape his campaign heading into the final two months and especially those crucial weeks following Labor Day, when both sides enter the home stretch.

Success for the Trump campaign in these next four weeks will depend on whether he does the following four things right:

Start raising money. And lots of it. After an abysmal May fundraising month, the Trump campaign posted some nice June numbers, but he's still so far behind his opponent. Trump needs to make personal appeals to his million- and billion-dollar friends and allies. He needs to reach out to the economic drivers and entrepreneurs of this country who, frankly, aren't very partisan and might be willing to listen to one of their own. I list this mandate first because it carries more weight than the usual need for currency to drive a campaign. It's also about optics. Think about it: Here we have a billionaire who runs around the country claiming to "win" at everything he touches and turn profits out of poorly-managed enterprises of any sort. What message does it send to voters and other donors (not to mention his opponent) if he stumbles in this department? Fundraising should be smack in Donald Trump's wheelhouse. He needs to not only thrive in this space, he should own it.

Hit the campaign trail hard. Leading up to the final states in the GOP primary, pundits here in Washington giggled that Trump's day started with early morning tweets, followed by a telephone appearance on MSNBC's Mornin' Joe, then he'd lie low until a major rally/speech around 7pm. That won't work when you have a Clinton Machine chomping at your heels. She has four times the staff of Trump (at least) and you can bet that apparatus works 24-7. Trump should be holding two rallies a day. That's his element. There's no question the networks and cables will cover him. He essentially makes "news" even when he doesn't. If for no other reason, Trump should be visible every day to steal the cameras from any event HRC his holding. He needs to be intentional in this regard as well. Don't go to California, Mr. Trump. Fight in those key purple battleground states. And announce that as part of your plan. Play the electoral game a little, and show that you understand the map. That will help your fundraising as well.

Spend less time on Twitter. One of the most damning lines of the entire Democratic Convention was when Michelle Obama slammed Trump's approach to campaigning and outlining how he would essentially govern. "The issues a president faces are not black and white," the First Lady stated, "and cannot be boiled down into 140 characters." Truer words have never been spoken.

I get it. Trump is the un-candidate. He breaks all the molds. But on this point, I think he needs to dial the tweets back a little. How does a presidential figure highlight a note of seriousness and sincerity through quick, snarky tags? It won't have the staying power. And even if the practice remains effective through Election Day, how much would it shake up the Mainstream Media and his opponent if Trump acted more judiciously with the tweets moving forward? Such a move would surely signal to the base and the GOP Establishment that he is capable of dexterously dancing around his opponents when they least expect him. Critics will argue he's incapable of that, because he loves the spotlight. Not necessarily so. Trump garners his own attention no matter what. And if he shifted in this small yet important manner, it would be on his own terms, and that remains true to his character.

Unleash Pence. One of the early rubs on Indiana Gov. Mike Pence was he is too nice to attack Clinton and Kaine. It's not in his nature. I don't believe that, and it will only take a few days of watching Hillary give away the U.S. Treasury before Pence will be all over her campaign.

Even without the bloodthirsty approach, Trump would do well to unleash the supreme intelligence and policy acumen of Pence. Let Pence unveil the Trump platform, or at the very least, explain it in the level of detail and authenticity reporters know he has. Here is where Trump's ego should be checked. He needs to help himself by releasing Pence to run rogue in this policy arena. Conservatives will certainly respond to it.

And one more thing, don't worry about Tim Kaine. He brings nothing to her ticket. He won't soften her, and Kaine certainly will not make those on the fence doubtful about her integrity change their minds. If Trump and Pence ignore Kaine, he will quickly fade into the background, and then they both can make this election about her and her woefully suspect policies.