Thy Medicine is Thy Food 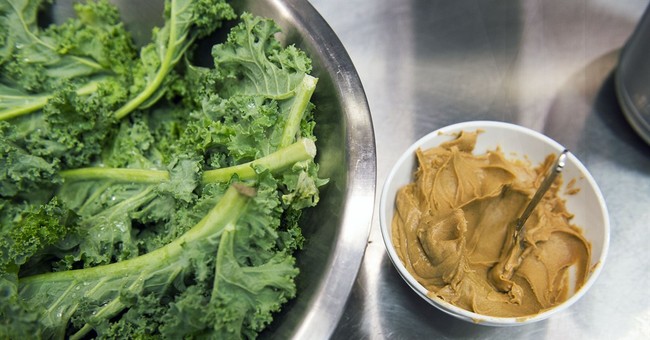 In today’s society everyone seems to be aware that a healthy diet is key to maintaining good health, whether we choose practicing it in our lives or not. But a connection that seems more difficult for people to make is that food is actually medicine. That is, your food is your medicine if it enhances your health; but it can actually be a poison if we consume things that destroy the healthy functioning of the mind and body.

The thinking around food and medicine seems to be caught up in the notion that medicine can cure you in a short period of time. We are accustomed as a society to alleviating uncomfortable symptoms with a pill. The medical profession in this country has turned into a pill-pushing mill, bought and paid for by the pharmaceutical industry. It has produced a system in which the connection between diet and health are paid mere lip service, while hawking an ever expanding cacophony of new drugs promises to cure whatever ills us dominates the economics of the industry. This system of drug-based medicine is also deeply ingrained in the insurance system, which pays for drugs to supposedly cure problems, but very rarely finances the much cheaper alternative – promoting fresh healthy foods that would probably prevent most of the prevalent chronic diseases that plague the American population.

Let’s not even start with the FDA -- a government organization which operates a labyrinthine bureaucracy that tries to regulate the distribution of foods and pharmaceuticals that ultimately reach the consumer. That system is often fraught with the usual absurdities and corruptive influences that plague centralized bureaucracies in general – but it is much more critical in the case of the FDA because of the control it exerts over almost everything that touches our lips. One cannot overstate the corrupting influence of corporate food producers and big pharmaceutical companies over how the FDA inspects, regulates and analyzes the food we consume. One look at the shelves in any major supermarket is all the proof you need to know that when it comes to your health, the FDA is often part of the problem.

CARTOONS | Lisa Benson
View Cartoon
We have to get back to square one. The father of western medicine, Hippocrates, was credited with the saying, “let thy food be thy medicine and thy medicine be thy food.” A point of clarification is needed here. What passes as food these days – processed, packaged, products filled with preservative and artificial ingredients – is not what Hippocrates envisioned when he was talking about food. A growing number of studies in recent years should put to rest the notion that artificial sweeteners and fats have any place in a healthy diet. And yet the standard American diet is filled with so many of them – saccharine, trans-fats, modified sodium, concentrated sugars – that the American palate can scarce recognize, much less appreciate what real food tastes like anymore. In fact the fast food diet has gotten to the point of outrageous excess, each year producing ever more sugar and fat-laden products to try and titillate already overstimulated American taste buds.

If you have any doubt whatsoever that food can be a drug, take a trip down to your local strip mall and look some of the stuff that passes as food: cheese-stuffed Doritos, a sandwich made of fried chicken and bacon, a supersized cherry soda, a pepperoni pizza with a crust made of chicken parts. If it weren’t for the genius marketing around these products, if people know these products by their ingredients, the very thought of eating them would make most people nauseous.

A recent study by the Weismann scientific institute in Israel showed that low calorie sugar substitutes – saccharine, sorbitol, aspartame and others – produced alarming changes in body chemistry, including glucose resistance, weight gain, and diminished organ function, even when consumed over a relatively short period of time. These substances are prevalent in many supposedly health-oriented “diet” products, including soft drinks, cereals and desserts. Of course they were invented to address America’s morbid addiction to refined sugar, an addiction that has produced an epidemic of obesity, diabetes and high blood pressure unlike any the world has ever known. Ironically enough, the Weismann institute study found that natural sugars found in fresh fruits and vegetables produced no such effects, even in large quantities.

People point to our medical industry – because that’s what it is unfortunately, an industry – and proudly proclaim all of the breakthrough medications that it has produced. A diabetes drug here, a heart medication there, a diet pill, a cancer treatment. But the sad thing about it is that virtually none of these marvels of human engineering would even be necessary if not for the devastating effects of the standard American diet. The only remarkable thing to be said is that the human body is often capable of surviving (not thriving) for many years despite the overconsumption of poisonous, gut-clogging processed junk. The fact that a powerful drug (which is also a poison with usually pernicious side effects) is capable of keeping people alive a bit longer is not something to be marveled at. It is part and parcel of a tragedy masked in a farce.

What is needed at this point is a shift in our consciousness around food and medicine. We need to abandon the attitude that we can consume all the artificial sugars and fats we want and then run to the medical community to save us once our long-suffering bodies start to break down. A refreshing start is a recent partnership between a Houston-based organic food co-op Rawfully Organic and Dr. Garth Davis of the Memorial Hermann Memorial City Medical Center. Their program, called a “Farmacy” allows doctors at the clinic, which specializes in weight loss surgery and medication, to ‘prescribe’ fruits and vegetables to their patients in addition to or instead of medication. The clinic issues a prescription for a basket of raw organic fruits and veggies that is in turn supplied by the co-op. Naturally the prescription is not covered by standard insurance. The partnership has been able to secure charitable funding to subsidize some of the cost of this practice.

Volumes have already been written about the problems surrounding the American diet, corporate marketing, the food industry and the medical and pharmaceutical rackets. Volumes more are sure to be written because people are gradually waking up to this major societal problem. People these days not only expect to live longer, they want their lives to have quality that only health and vitality can afford them. It was perhaps the legendary fitness guru Jack Lalane who said it best. When questioned about how to achieve a healthy diet, he simply replied – “if man made it, I don’t eat it.” Enough said.