My Final Argument For Trump: Humiliate The Media!

Ann Coulter
|
Posted: Nov 02, 2016 6:59 PM
Share   Tweet
The opinions expressed by columnists are their own and do not necessarily represent the views of Townhall.com. 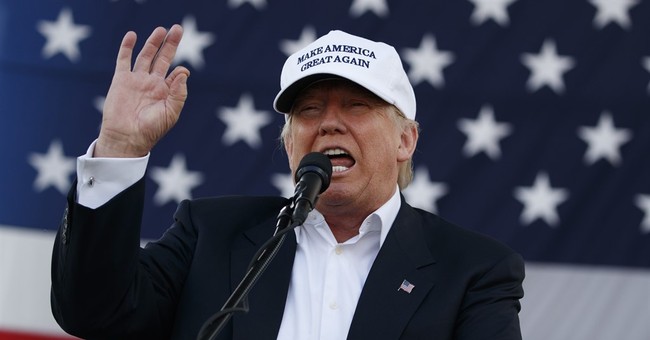 For every argument the media make against Trump, Hillary's worse.

(1) Eleven years ago, Trump said on a secretly recorded tape that celebrities can do anything -- even grab a woman's pssy.

Hillary is thrilled to have the support of Madonna -- who has publicly offered to give blow jobs to anyone who votes for Hillary. (She'll even remove her teeth!)

Hillary's campaign has deployed Miley Cyrus to canvas for her -- when Cyrus is not busy inviting men in the audience to reach up and grab her pssy. (Here's a video of delicate flower Miley Cyrus in action: youtube.com/watch?v=fQe2IoJVyhw.)

When Vernon Jordan was asked by CBS' Mike Wallace what he talked about while golfing with Bill Clinton -- aka Hillary's husband -- he answered: "Pssy."

Oh, and 11 years before Teddy Kennedy ran for president as the Conscience of the Democratic Party -- he killed a girl. After grabbing her pssy.

Hillary's husband is a well-established rapist, groper and pants-dropper. She's his fixer.

Unlike the serial predations of her husband, leveled repeatedly throughout the decades, the timing of these 11th-hour allegations against Trump make them highly suspect.

Recall that The New York Times spent months investigating Trump's treatment of women earlier this year. The Newspaper of Record put its best reporters on the job, interviewed a dozen women, and the paper splashed the story on its front page. But the best the Times could come up with was a story about Trump, as a bachelor, publicly praising a model for looking great in a bikini at his pool party. Then they dated. The horror.

Five months later, just weeks before the election, there doesn't seem to be a female Democrat who isn't claiming to have been groped by Trump -- and getting loads of fawning publicity.

(3) Trump doesn't give enough to charity.

The media only counts "charitable giving" if it can be taken as a tax deduction with the IRS. When Trump spent time and money saving a Georgia family farm from foreclosure in the 1980s, for example, he didn't get any tax write-off.

Hillary, by contrast, was a big philanthropist because, at about the same time, she was taking a deduction for donations of Bill's used underwear -- the modern equivalent of smallpox-laden blankets. Today, the munificent Clinton Foundation spends less than 10 percent of its revenues on actual charity, using about 90 percent for salaries, offices and travel.

Trump has created or helped create hundreds of businesses. Fewer than 10 went bankrupt. Hillary had one business, Whitewater Development Corp., and it went bankrupt -- after ripping off scores of ordinary Americans. Also, a dozen prominent Arkansans went to prison in connection with sleazy financial transactions involving Whitewater.

(5) Trump University was a scam!

Approximately 10,000 graduates of Trump University were thrilled with the program and said so in writing. But a law firm that paid Hillary and Bill Clinton $675,000 for three speeches managed to find a handful of disgruntled students to be the named plaintiffs in a class-action lawsuit against it.

Trump University was a minuscule portion of Trump's portfolio. Whitewater was a huge part of Bill and Hillary's get-rich-quick schemes, scamming the elderly, retirees and working-class Americans for the money-hungry Clintons.

As described by The Washington Post, people who bought property from the Whitewater Development Corp. were required to submit a down payment, followed by monthly payments, until the entire purchase price of the property was paid off. But if buyers missed a single payment for any reason, the entire transaction would be deemed null and void, and the property, as well as all prior payments, would be forfeited to the Whitewater corporation. No foreclosure proceeding, no court hearing, no due process.

Though Hillary had long claimed to have nothing to do with the operation of the business, when the books were finally opened, it turned out that the monthly checks were mailed to the Whitewater Development Corp. -- "care of Hillary Rodham Clinton." (See "Records Show Wider Role for Hillary Clinton; Whitewater Papers Detail Involvement," The Washington Post, April 21, 1994.)

Hillary is the one who is champing at the bit to go to war with Russia, which, I am reliably informed, is a nuclear power.

At least Hillary's adept at dealing with sensitive digital information. Huma! Quick! Are the nuclear launch codes on my Blackberry, my desktop thingy or my Facebook page?

Compared to Hillary, we'd be safer if the nuclear codes were held by Miley Cyrus (unless she kept them in her pssy).

(7) Trump's temperament will get us into World War III.

Hillary's temperament drove her to push for intervention in the Libyan civil war against Moammar Gadhafi for the sole purpose of giving her a foreign policy success that could be all her own.

Obama was skeptical. Libya was Hillary's baby. (Sidney Blumenthal's email to Hillary: "First, brava! This is a historic moment and you will be credited for realizing it.")

After Gadhafi was killed, Hillary's temperament led her to go on TV and laughingly say, "We came. We saw. He died."

Unfortunately, Hillary hadn't given the slightest thought to what would come next. What came next was: the Muslim Brotherhood, the murder of Americans in Benghazi and millions of refugees pouring into Western Europe.

(8) Trump failed to denounce David Duke with the ferocity deemed sufficient by our media.

No one even knows if Duke actually exists or is just a phantom produced by the media every four years to smear Republicans.

I know that no one has ever been incited to commit murder after listening to a David Duke speech. Lots of people have been murdered by someone who'd just heard an Al Sharpton speech: seven at Freddy's Fashion Mart in Harlem, and one Orthodox Jew, plus one Italian mistaken for a Jew, in Crown Heights.

Hillary has not disavowed Sharpton -- nor would our media be so rude as to ask.

The mother of Ferguson thug Mike Brown, Lesley McSpadden, campaigns with Hillary -- she even took the stage at the Democratic National Convention. The father of Omar Mateen, the Orlando nightclub shooter, appeared on stage behind Hillary at a rally.

If the media won't ask her to "disavow" the relatives of criminals and terrorists featured at her events, could they at least ask her if she approves of their parenting techniques?

(9) Trump is a "racist" because of his plan to remove Muslim jihadists, Mexican drug dealers and rapists from our country.

Apart from the fact that "drug dealer," "rapist" and "jihadist" are not races, we didn't do anything to Muslims or Mexicans, except send them billions of dollars in foreign aid. The only "racism" Americans care about is that toward black Americans. We did something to them.

Hillary asks blacks to vote for her, then vows to bring in millions of Muslims and Mexicans to take their jobs -- the ones that "Americans just won't do." That's racism.

No, he didn't -- he saved her crown and she was grateful. It's on tape.

But more importantly, the Miss Universe in question is Alicia Machado, well-known in Venezuela as a publicity-seeking clown.

Machado is credibly accused of: driving the getaway car in an attempted murder; threatening to kill a federal judge; and being the baby mama to drug cartel kingpin Gerardo Alvarez-Vazquez, who was on the State Department's "Most Wanted" list under -- let's see, checking my notes -- Hillary Clinton.

Until 1975, everyone would have realized that it's stupid to bring in single mothers with no marketable job skills, to add to the dependent class. If we did bring them in, politicians wouldn't proudly introduce them at rallies.

But Machado is Hillary's model immigrant. Her only job skill is voting. Upside: Hillary gets another vote. Downside: You'll be supporting Machado and her anchor baby for the rest of their lives, America.

(11) Trump is challenging the very foundation of our democracy by saying elections are rigged!

They are rigged -- ask former Sen. Norm Coleman of Minnesota, whose 2008 election was provably stolen from him when more than a thousand ineligible felons voted for Al Franken in a race Coleman lost by 312 votes. (At least it wasn't an important election: Franken provided the 60th, and deciding, vote to pass Obamacare.)

In any event, Hillary says the election is rigged, too -- by the Russkies!

The Democrats and the media have gone full John Birch Society on us. There's a fifth column in America -- and their leader is Donald Trump!!!

This is a marked departure from their previous cosmopolitan sangfroid about communism. We could have really used this fighting spirit during the Cold War. Instead, we got Jimmy Carter warning Americans about their "inordinate fear of communism."

Today, bad-ass, eye-rolling journalists are somberly announcing: "I have in my hand a list -- a list of Donald Trump supporters, who are a conscious, articulate instrument of the Russian conspiracy ..."

(12) Trump is shallow, has a microscopic attention span and has not studied political issues deeply.

On the other hand, he has a good heart, good judgment and wants the right outcome for America: limits on immigration, fair trade deals, elimination of Wall Street tax breaks and no more pointless Middle East wars.

Hillary doesn't want any of these things. She is good at memorizing all her little facts, but is deeply evil. She wakes up early in the morning to make sure she does the wrong thing for America.

This election is not about Trump. It's never been about Trump. Anyone running on his platform of putting Americans first would be torn to shreds.

There are probably lots of bad things Trump's done in his personal life in the past. The ruling class wants Hillary to do bad things to our country in the future.