Andrew Moylan is Vice President of Government Affairs for the National Taxpayers Union (NTU) where he lobbies on federal and state issues, conducts policy research and analysis, assists in taxpayer education efforts, and formulates reports and opinion pieces.

Andrew’s writings have appeared in such publications as the Wall Street Journal, the Washington Times, Investor’s Business Daily, and Forbes Magazine. He has been instrumental in NTU’s efforts to create broad coalitions in support of pro-taxpayer energy policy, government transparency, and the elimination of wasteful spending.

Andrew is a graduate of the University of Michigan with a degree in Political Science. He previously served with the Center for Educational Freedom at the Cato Institute. In addition, he completed internships in the United States Senate and the House of Representatives with members from his home state of Michigan. 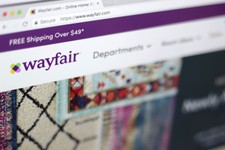