National Polling Would Be Useful if We had a National Primary

Andrew Boucher
|
Posted: Jan 14, 2016 12:01 AM
Share   Tweet
The opinions expressed by columnists are their own and do not necessarily represent the views of Townhall.com. 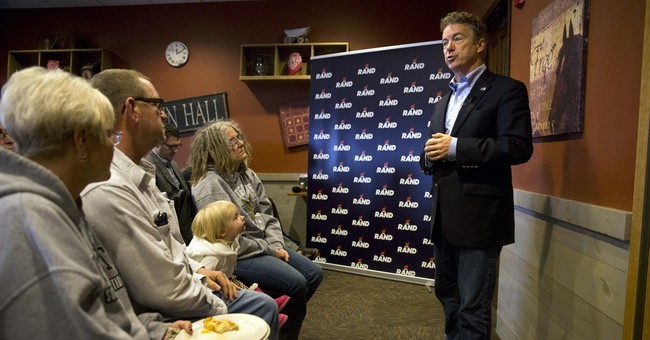 National polling would be useful if we had a national primary.  We don’t, and we’re about to find out just how meaningless all those national polls truly are.  We’re three weeks from Iowa.  In other words, we’re about to get this whole presidential race started.

Three days before the 2012 Colorado caucuses, I stood in the back of an event where Rick Santorum was speaking to a packed house in a cavernous fairground barn.  Next to me was a former state legislator and longtime conservative activist, so I leaned over and asked him if he was planning to support Santorum.

“Maybe,” he replied, “but I don’t really know anything about him.”

By that point – early February – Santorum wasn’t an unknown, third-tier candidate.  He had already won Iowa.  He had become one of the most covered stories of the previous month.  And yet this well-connected, highly-informed voter didn’t know enough to have an opinion about him.

This is the reality of the state-by-state presidential nominating process.  Beyond the political junkie bubble (and if you’re reading this, you’re in that bubble), it’s easy to forget that the average likely voter in any state beyond Iowa, New Hampshire and South Carolina still hasn’t heard much about the candidates – and that is especially true this year as Donald Trump sucks up all of the press coverage.

That will change.  First, as each state moves to “next up” status, the campaigns inundate voters with rallies, local press hits, endorsements, television, radio, mail, phone calls, canvassers and online ads.

Second, candidates drop out.  This isn’t a race to see who can lock down their 30 percent of committed followers; it’s a race of gradual consolidation.  The nominee will be the candidate who can pull together 51 percent of Republican voters in later states.  A candidate in the middle of the pack who is an “acceptable” nominee to a majority of primary voters is stronger than an early leader with a hard ceiling and high negatives.

The voters understand this.  As February and March shift the spotlight to one state after another, the field reshuffles.  Each state’s voters practice a form of strategic “defensive” voting, even voting for their second or third choice if it will undermine the candidate they dislike the most.  That type of strategic voting was most obvious in 2012, as the “strongest challenger to Romney” mantle shifted back and forth between Newt Gingrich and Rick Santorum.  Two debate performances pushed Gingrich into the “non-Romney” slot in South Carolina.  Santorum saw an opportunity to leverage Missouri (where Gingrich wasn’t on the ballot), Minnesota and Colorado (low-turnout caucus states) to go into Super Tuesday as the “non-Romney” candidate.  Try predicting that scenario three weeks before Iowa.

Immediately after the Iowa caucuses, candidates will swarm into New Hampshire.  After New Hampshire, South Carolina.  Then Nevada.  Then throughout the South in early March.  And then into the winner-take-all states that begin on March 15th – any one of which can completely reshuffle the delegate lead.

Three days before Colorado, even seasoned activists were trying to learn more about Rick Santorum.  With only eight days to campaign in Colorado (and Minnesota and Missouri), and with limited money and almost no television advertising, he won all three states.  Why?  Because it was Colorado’s turn to pay attention.

We’re just getting started – even in Iowa.  In a few weeks, it will be Iowa’s turn, and Iowans are just now beginning to make up their minds.  Don’t forget, three weeks before 2012 Iowa caucus, Rick Santorum was at 4 percent in the national polls.