Amy Menefee is Director of Communications for Americans for Prosperity. Before joining AFP, she directed communications for the Galen Institute. She was previously managing editor for the Media Research Center's Business & Media Institute. A journalist by training, she has been a frequent commentator on radio and television and written op-eds on economic issues.

Her background includes covering federal, state and local government. She has reported for Congressional Quarterly's CQ Homeland Security, a daily Web-based publication, and The Macon (Ga.) Telegraph. She worked as a reporter and assistant editor in the state Capitol bureau of The Columbia Missourian.

She holds an M.A. in public policy journalism from the Missouri School of Journalism (Columbia, Mo.) and a B.A. in journalism/mass communication from Samford University in Birmingham, Ala. Menefee is originally from Macon, Ga., and resides in Alexandria, Va. 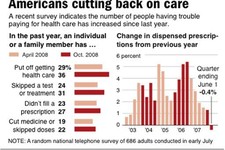 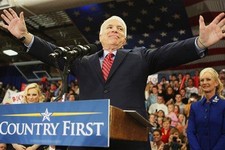 Voters Don't Care About Global Warming, But They Should
April 24, 2008 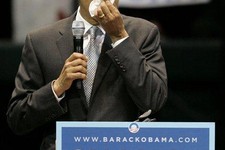 Which Candidate Will Pay the Most for My Vote?
February 02, 2008
Commentary Archives
CARTOONS | Chip Bok
View Cartoon