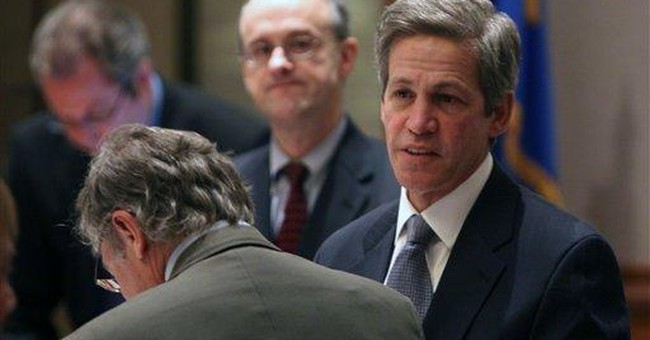 As Congress prepares to pass a $787 billion economic stimulus package, taxpayers in Minnesota are still short a U.S. Senator as the recount between GOP Sen. Norm Coleman and opponent Al Franken continues.

“It’s frustrating because you would hope, as I humbly do, that you have something to add to the debate and be a part of the discussion, both back in DC and also back home,” Coleman told me in a private interview.

He recently penned an op-ed to outline his opposition to the bill.

To help, Coleman’s campaign has launched a website for Minnesota voters to help them find out if their votes have been counted or not. Coleman campaign lists the names of voters, by county, whose absentee ballots have not been counted on the site. The first day it went live so many people visited that it went down temporarily.

Today, Franken maintains a 225-vote lead over Coleman, but the recount is far from over. A recent decision by the Minnesota State Supreme Court ruled up to 4,700 more votes need to be examined. “Franken’s lead is an artificial lead, there’s no question,” Coleman said. “At this point there’s no question there are thousands of voted to be counted.”

On Election Night, Coleman had 725 more votes than Franken. That lead shrank to 438 votes a few days later and Franken called for a recount. The Minnesota Canvassing Board ruled in January that Franken was ahead by 225 votes, but the Coleman campaign argues Franken’s lead was improperly made by the counting of duplicate ballots.

Most of the 4,700 rejected absentee ballots that remain to be counted are believed to lean Republican. The St. Paul Pioneer Press analyzed the sources of those ballots and found that of the 4,739 ballots that will be considered, 3,015 come from areas that voted for Coleman in November. Roughly a third of those ballots are from areas that voted for Coleman by more than 55 percent.

Coleman’s critics accuse him of “cherry-picking” ballots, but most of the metro areas, that typically lean Democratic, have already been painstakingly recounted.

“The Democrat areas have been counted,” Coleman said, “In other words, they had their shot and their votes got counted. And so we went back to places that hadn’t been counted – where are you gonna go?”

Regardless of whether he wins or loses (although he fully expects to win), Coleman says the recount will help Minnesota voters have faith in the system. “I have no doubt that people will – that whoever is the winner-- will more effectively say that ‘I am there because I got the most votes.’ We govern with the consent of the governed. You can’t get that consent if you haven’t won the election.”