Signs That "Operation Chaos" is Working 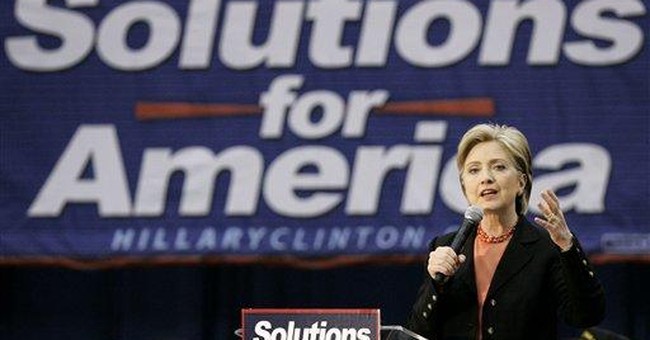 Are some Republicans willing to vote for Hillary Clinton in the primaries to help the GOP?

Conservative talk radio host Rush Limbaugh is encouraging stalwart Republicans to do the unthinkable and vote for Hillary Clinton in their state’s primary to prolong the bitter battle between her and Barack Obama for the Democratic nomination.

He began urging his listeners to vote for Clinton in the run-up to the March 4 nominating contests in Texas and Ohio after it was apparent John McCain would easily secure the Republican nomination. Limbaugh explained to fellow conservative talk radio host Laura Ingraham on Fox News on March 29, “I want our party to win. I want the Democrats to lose. They're in the midst of tearing themselves apart right now. It is fascinating to watch, and it's all going to stop if Hillary loses.”

Ingraham later took up Limbaugh’s cause and has told her listeners to vote for Clinton in their primaries as well.

But is anyone following their orders? Statistics from the states of Ohio, Texas, Mississippi and Pennsylvania indicate it might be so.

36,738 Pennsylvanians re-registered as Democrats since February 25th, according to voter registration statistics made available on the Pennsylvania State Department’s website. This number does not include new Democratic applicants.

Montgomery County Director of Voter Services John Passeralla told NBC’s Philadelphia TV affiliate that he knew some Pennsylvania Republicans were engaging in strategic voting. “Some people I'm hearing are switching so they can vote somebody in that they think the Republican candidate can beat in the fall. We've heard that numerous times,” he said.

The Boston Globe reported on March 17 about 100,000 Republicans voted for Clinton in Ohio, as did 119,000 in Texas and around 38,000 members of the GOP did in Mississippi, according to exit polling data.

In Texas, considered “must win” by the Clinton campaign, those crossover votes may have pushed Clinton to win. She only beat Obama by 101,000 votes in the Lone Star state.