The Agenda Is Infanticide

Allie Stuckey
|
Posted: Jan 31, 2019 7:01 AM
Share   Tweet
The opinions expressed by columnists are their own and do not necessarily represent the views of Townhall.com. 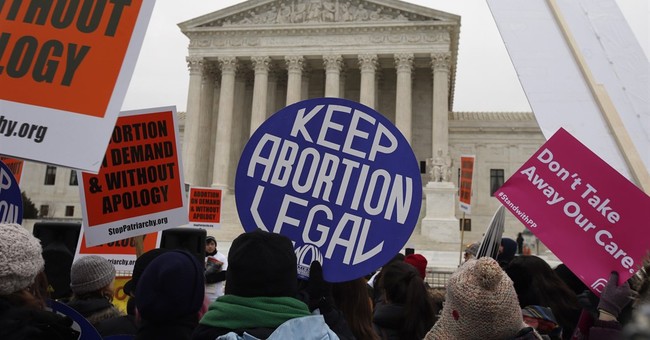 The Virginia House of Delegates proposed a bill legalizing abortion through all nine months. Delegate Kathy Tran (D-Fairfax) confirmed that abortion would be available to the mother even while in natural labor, as long as it was for the reason of “mental health.” The definition of “mental health” is obscure in the bill.

As I’ve stated in a previous piece, abortion is about feminists’ obsession with equality through homogeny. With that being the motive, why stop at the first or second trimester? Heck, why stop at birth?

In fact, Virginia governor Ralph Northam explained clearly that this abortion bill would indeed allow doctors to kill the child after birth. In a radio interview, Gov. Northam said:

So, the baby is out of the womb, cord is cut, and she’s lying on the table next to the delivery bed. That child, according to Governor Northam, could be killed presumably the same way a full-term baby is killed in a partial-birth abortion: an incision is made in the back of her skull and her brain is sucked out through a vacuum until her head collapses. Only a few moments earlier she was crying. Only seconds before she was instinctively longing to be held and fed. Now, she’s nothing more than an object to be obliterated, a hindrance to be eliminated.

Northam specified in the interview that this would typically be in cases where the baby is deformed or isn’t viable. This probably isn’t true, but, even if it were, we’re talking nothing short of eugenics. We’re talking nothing less than infanticide. Yet the real story, according to outlets like The Washington Post and CBS, is the “conservative backlash.” Not that we’re condoning the brutal murder of babies under the guise of sympathy. Not that we’re seeing human selfishness manifest itself in the ugliest way possible. Not that we’re experiencing a fundamental shift in the American conscience. No—the real headline is that we right-wingers are freaking out.

If only everyone were panicking half as much as we “out-there” conservatives are. Abortion, and, in this case, late-term abortion and infanticide, is the ultimate denigration of our nation’s collective soul. The left talks a big game when it comes to showing empathy for the marginalized and weak, yet few of them shed a single tear for the slaughter of the unborn, the most vulnerable and marginalized among us.

But now the facade is gone, the charade is over. It’s probably a bit of a relief for pro-choicers to simply admit they’re okay with murdering a defenseless human being. They can finally just admit “their truth.”

Thank you, New York and Virginia, for proving us right yet again: we’re not the extremists. You are.