The Greatest Measure of Devotion

Allen West
|
Posted: May 23, 2017 12:01 AM
Share   Tweet
The opinions expressed by columnists are their own and do not necessarily represent the views of Townhall.com. 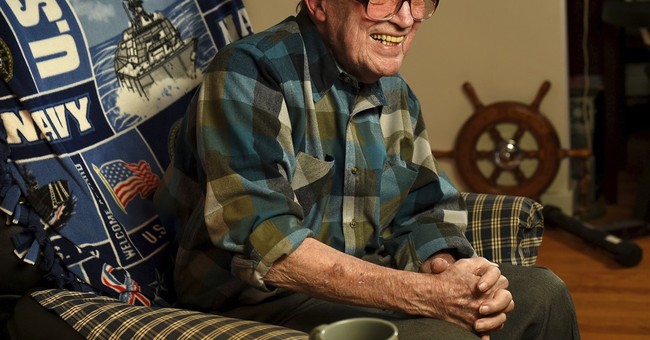 (Editors Note, this commentary was co-authored with Matthew Howe)

On November 19, 1863, President Abraham Lincoln delivered one of our Nation’s greatest speeches, the Gettysburg Address. The purpose was to dedicate the Soldier’s National Cemetery at Gettysburg, Pennsylvania, the site of a battle fought that year in July that turned the tide of the Civil War. President Lincoln was not the primary speaker for the event, but his words are everlasting. His closing words of a speech that was less than 270 words are very appropriate for today. This is what President Lincoln said, “It is rather for us to be here dedicated to the great task remaining before us-that from these honored dead we take increased devotion to that cause for which they gave the last full measure of devotion-that we here highly resolve that these dead shall not have died in vain-that this nation, under God, shall have a new birth of freedom-and that government of the people, by the people, for the people shall not perish from the earth.”

Having served in the United States Army, it was our true honor to be willing to take an oath to this Nation, its fundamental principles, and rule of law codified in the Constitution. And yes, it was an oath we took with no mental reservation or purpose of evasion to give that last full measure of devotion to these United States of America.

As we prepare for Memorial Day 2017, let us endeavor to remember that this Day, this weekend, is not about the beginning of summer. It is not about swimming pools opening or hosting BBQs. This day is set aside to remember those who have given that last full measure of devotion, their task. And over all these 242 years, dating back to the Minutemen who answered the call at Lexington Green, their purpose was to ensure a new birth of freedom, one that this world had never known.

And so we Veterans, who remain on this side of the grass, have a new task, an obligation. We must indeed ensure that those sacrifices made shall not be in vain. We must tell the stories of our fallen Brothers and Sisters as a greater cause to preserve this blessing we have, America

Our America is one where on average 20 to 22 veterans are taking their lives, committing suicide, every day. They are countless horrific stories about the abhorrent treatment of our veterans in the VA hospital system. And we have a shameful issue with homelessness amongst our veterans. Should this be our level of our devotion to these brave men and women?

This year we are anticipating 200,000 troops across all branches of service transitioning off of active duty. The gap is that these Service members, while skilled, may indeed lack the quantifiable certifications necessary for gainful employment in the civilian sector. A reinvestment of using existing benefits such as the post-911 GI Bill in coordination with company training is a viable means to the end of better employment opportunities for these warriors. Of course, we need to ensure that we have the policies of economic growth that increase the capital in our small, medium, and large business sectors to enhance these opportunities.

Exposure to business processes and internships would greatly nurture the talent of our veterans in corporate culture. Currently, we do not utilize best practices and tools to reenter the workforce post uniformed service. The military has tried programs such as Transition Assistance Program (TAPS) and Army Career Alumni Program (ACAP) but oft times these programs fall short since they are typically just two to three days classes. It is as though we give our transitioning warriors a red solo cup to drink from a firehose.

When we utilize the entire six month transitioning period, it would enable the warrior to transition into a civilian, or even into high-level corporate culture. Here is where we make the real investment in marrying job creators with our talented veteran job seekers, not in a drive-by style, but in a dedicated program of incubation and transition. Imagine this, a US Army Special Forces medic, 18D, who could probably conduct a medical procedure under fire using a red lens flashlight working as a barber. Why? Because, it would have taken this Green Beret Soldier, the elite of the elite, two years to get Registered Nurse (RN) certifications. Why is it that we do not have a process that takes these skills and automatically applies them to the civilian equivalent? I would tend to believe, that a US Army Special Forces medic has met some, or many, of the required licensing or skills necessary to enter the Nursing field at some level.

This is what is happening across multiple industries such as a light wheeled vehicle mechanic, 91B, used to be 63B in our day, wishing to become an automobile mechanic. However, this young troop needs the Automotive Service Excellence (ASE) certification, otherwise, he will be forced to take a lower-paying position to remain in the industry. How can we incorporate this certification into, or at least let him receive credit for his advanced individual training? Ever seen an automotive repairman fix a vehicle under fire from the enemy? That’s the person I want working on my vehicle. Or how about a truck driver that has done convoys in Afghanistan or Iraq driving across country with freight?

Some gave all, all gave some…what are we as a Nation giving?