An American Agenda versus a Liberal Progressive Ideological Agenda 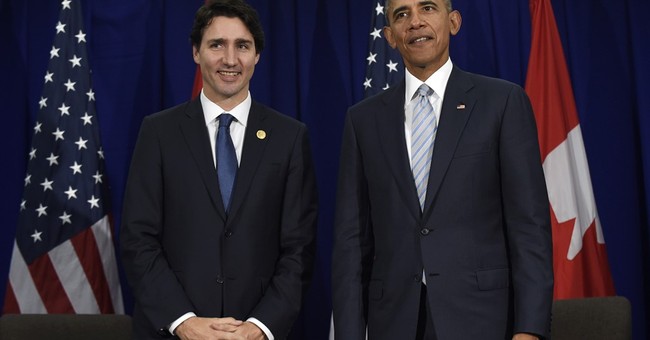 We are drawing to the end of 2015, and as we enter 2016 it is the final year of President Barack Obama’s presidential tenure. The question then becomes simple, are we better off than we were and a year from now, will we be better off? Recently President Obama made the assertion to his faithful that he will be squeezing out all the “change” he can in this his final year. This is the person who said late in 2008, “we are five days away from fundamentally transforming America.” Seven years later, what has that transformation meant to you?

Now, if you embrace liberal progressive socialism as a viable means of governance, then you are very well pleased. The policies of the past seven years, and the ensuing final year have been like a dream come true. However, we need be honest and assess what it has meant for the future of this Constitutional Republic. And if you reject the ideal of the American Republic, then President Obama has delivered -- the dismissal of the rule of law and the elevation of the collective over individual rights and liberty.

President Obama’s final State of the Union address will be on January 12th and the White House has already identified the final year agenda items.

President Obama has stated that top of his list is shutting down Guantanamo Bay detention facility. He said during his yearend press conference that this is part of our counter-terrorism strategy. Actually, this is just policy being dictated by a campaign promise, an ideological agenda. GITMO has nothing to do with the recruitment of Islamic jihadists -- our existence is their impetus. As long as there are unlawful enemy combatants who have declared war against us, they will need to be removed from the battlefield. They are not deserving of constitutional rights, or trials. They are non-state, non-uniformed belligerents.

Coupled with this ill-conceived agenda item is President Obama’s persistence in defending the indefensible Iranian nuclear agreement. This has been called Obama’s signature foreign policy accomplishment -- his second term Obamacare achievement. Thanks to an inconceivable legislative move by the GOP controlled Senate and a filibuster by the Senate Democrats, the agreement did not even come to the Senate floor for a vote. It is an “agreement” that has no greater importance than the Munich accord signed by Adolf Hitler with Neville Chamberlain. And the Iranians have already violated the agreement with several ballistic missile tests. And worse even, Secretary of State John Kerry has promised the Iranians a visa waiver. Why? Because the Iranians are claiming they are entitled to such as per the Joint Comprehensive Plan of Action (JCPOA) -- an agreement that has comprehensively enabled Iran to become a regional hegemony.

Domestically, we are witnessing the unraveling of the Patient Protection and Affordable Care Act, aka Obamacare. Health insurance premiums are rising. The individual mandate tax is increasing. The 40-hour work week has been redefined and has forced the growth of part-time working Americans. Thanks to this unaffordable endeavor, we have some 20 new taxes. And we have yet to see the full implementation of some 159 new government agencies and bureaucracies. After all, we had to pass the bill to know what was in it.

Some 93 million Americans have dropped out of the workforce. So, the unemployment figure of 5% is not reflective of a workforce participation rate that is a three-year high of 62.5 percent. It is simple math: your unemployment rate cannot be low if the workforce participation rate is at a near-record low. The only way that is possible is that you do not count a massive number of Americans.

What has increased in these past seven years of fundamental transformation is the rise of the welfare state. More Americans are in poverty and on food stamps, using EBT (electronic benefits transfer) cards. The economic transformation has meant more Americans are dependent, not economically independent. And when it comes to small business growth in America, well, remember “you didn’t build that”.

Not only have we witnessed a massive wealth redistribution scheme domestically, due to the climate change agenda we are transferring wealth internationally. Billions of American taxpayer dollars will be appropriated under the guise of fixing the weather, which is also a major agenda item for President Obama in his final year.

And at a time when Americans have anxiety about domestic Islamic terrorist attacks – (perhaps they should stop watching cable news) -- President Obama declared a final year agenda on gun control. That is correct, at a time when Americans are concerned about their individual safety and protection it appears that collective disarmament of law abiding citizens is the objective.

The president wants to improve race relations and reform our criminal justice system. It is obvious that race relations in America have suffered since Barack Obama said the police in Cambridge Massachusetts “acted stupidly.” The liberal progressive left has stood up for a movement called “Black Lives Matter” and President Obama has done nothing to clearly amplify that in this Republic, all lives matter.

Finally, President Obama says he will visit Cuba, probably as he turns over the keys to Guantanamo Bay to Raul Castro. The trip will be touted in a tone reminiscent of President Nixon’s trip to China. Perhaps Obama will visit some of the political prisoners held there but don’t hold your breath.

It should be one that addresses our growing national debt, at $10.67 trillion when Obama took office, estimated to be $20 trillion at his departure. Policies that address economic growth will reject the “new normal” of 2.5 percent annualized GDP under Obama. That means tax, regulatory, government spending, and monetary reforms that advance a free enterprise economy, not a government-centered, dependency-based economy. Wages are being depressed and a $15 minimum wage is not a viable policy proposal. Minimum wage jobs are not career pursuits.

Instead of decimating our military capacity and capability over the ideological pursuit of social egalitarianism, we should be preparing our armed forces for the challenges of the 21st century battlefield.

The coming year will reflect whether we want an American agenda or the continuance of a liberal progressive ideological agenda. The latter sounds really nice. The former is what has made us exceptional. It’s time to choose.