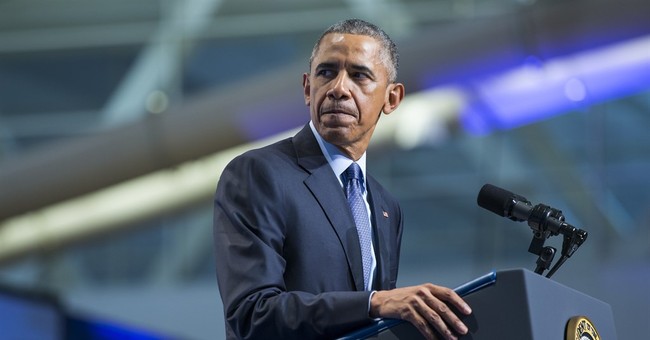 In the past month there have been several events that taken in isolation perhaps may not be very revealing. However, when examined in a comparative manner sadly evidence something very disturbing about the culture and priorities of the Obama administration.

On June 17th, a racist sociopath sat with congregants at the Emanuel AME Church during Bible study. At some point this individual made the decision to gun down (9) Christians, take away nine lives, who had welcomed him into their house of worship. Immediately we witnessed the community of Charleston coalesce and the power of the Christian faith was apparent – it was about unity. But we also saw another side; not witnessing the power of God, but the purposes of man. The conversation turned to political gain – it turned to gun control.

We then heard definitive statements and righteous indignation emanating from the highest office in the land, that of President Barack Obama. All of a sudden a piece of cloth with stars and bars on it became the target of cultural angst. Then it became a cause against all things Confederate – memorials, monuments, and burial sites – as if this was the panacea that would resolve any issues. What we saw was a “selective outrage” in which the emptiness of “Black Lives Matter” as a liberal progressiveslogan would soon reveal itself.

Over the weekend of the celebration of our 239th Independence Day where a document called the Declaration of Independence stated that the first unalienable right of the individual endowed by the Creator is life. That weekend in Chicago (10) lives were lost and (55) were wounded due to gun violence. One of the lives lost was that of a little seven year old black child named Amari Brown. What did we who were paying attention notice – there were no rallies, no outrage, and no indignation. This is Chicago, home of current President Obama and presidential candidate Hillary Clinton. This is Chicago, where the mayor is the former Chief of Staff of President Obama. This is Chicago, home of presidential advisor Valerie Jarrett.

No one attended little Amari Brown’s funeral and sang “Amazing Grace” for him. There were no signs carried about his life, a life that truly should have mattered. More energy went into remembering and honoring Michael Brown than this beautiful, little seven year old child.

If we are to assess the response of the liberal left culture and the Obama administration we see a glaring difference – but then perhaps, “what difference at this point does it make?”

We awoke on Tuesday morning, July 14th to learn that Secretary of State John Kerry had signed an agreement with Iran. President Obama addressed the nation in an attempt to convince our country that he had accomplished something that no one else had done. He had achieved “peace in our time.” President Obama has attempted to persuade us into believing that his course of action was the only viable way forward – that war was the only other alternative. Sadly, the President fails to realize that we have had war declared against us by Iran since 1979. And to this day Iran refers to America as the “Great Satan” and its crazed cleric leaders engage in chants of “Death to America.”

America has signed an agreement with the world’s number one state sponsor of Islamic terrorism – which the President has difficulty in saying. Under the Obama Administration Iran will become an economic, military, and nuclear power in the Middle East within the next fifteen years. That is hardly “ending Iran’s nuclear program.” The only indignation exhibited by President Obama were his veto threats and his response to CBS Reporter Major Garrett, who challenged the President on the lives of four Americans held hostage by Iran, falsely accused and imprisoned. Consider not just those lives, but the thousands of lives of Americans, their blood, which is on the hands of the theocratic militant Islamic regime from the Beirut barracks bombing in 1983 to today, victims of the EFPs (explosive force penetrators) developed and proliferated by Iran into Iraq and Afghanistan.

It seems that President Obama prefers UN Security Council approval over the approval and consent of the American people and our elected representatives.

Lastly, not even 72 hours after the announcement of the Iranian agreement, we had a militant Islamic jihadist named Youseff Muhammad Abdulazeez gun down in cold blood four US Marines and one US Sailor at a Navy Reserve Support Center in Chattanooga. At the time of my writing this missive there has been no order by the White House for the flags to be flown at half-mast in honor of our fallen Warriors – on our homeland. We have an FBI investigation that is struggling with a motive. The President issued a very lackluster statement – in comparison to his Iranian announcement – and was so hurt by this incident that he needed to find solace in a Democrat National Committee fundraiser and a Broadway show in New York City.

The response is telling and noted by the American people. Why not fly to Chattanooga instead of New York City? Then again, after four Americans were abandoned at Benghazi he flew to Las Vegas for a fundraiser. After the beheading of American James Foley, President Obama went out to play golf.

The obvious deduction from this comparative analysis of these actions is that – to President Obama – it seems only the lives and policies that advance the liberal progressive agenda matter. It is a telling comparison and perhaps instead of worrying about what Donald Trump is saying – we should all pay attention to what these four events represent:

The fundamental transformation of America.