Hold the Pork This Fourth of July

Alison Acosta Fraser
|
Posted: Jul 02, 2016 12:01 AM
Share   Tweet
The opinions expressed by columnists are their own and do not necessarily represent the views of Townhall.com. 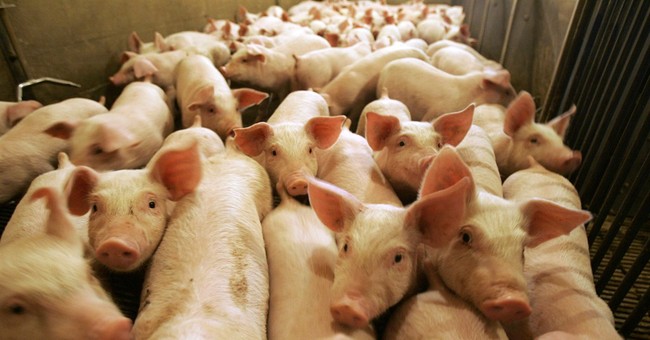 On the Fourth of July we celebrate the country’s independence from Great Britain. We also honor the country’s founding and remember the unalienable rights to “Life, Liberty and the pursuit of Happiness” laid out in the Declaration of Independence. The Fourth marked the official start to a long fight against a tyrannical, distant government that abusively meddled with the lives of colonists.

This year, perhaps you’ll celebrate our hard-won freedoms by waving the flag, watching a parade, or enjoying fireworks.

But everyone will celebrate with food. So what better time is there to consider how the federal government currently meddles with what we eat?

No Fourth of July fare is more quintessential than barbecue, but agriculture policies mean that most of the food you’ll eat at your barbecue is subsidized by the federal government. So thank a taxpayer.

From the meat in your burger or hot dog to the buns you put them in, products of the agriculture industry benefit from a wide swath of corporate welfare policies. Even the local farmers’ market or simple roadside stand is subsidized. And farm subsidies don’t stop there—they even hit your corn on the cob, the cheese you slap on your burger, the milk in your ice cream, and the sugar in your iced tea.

We are a country founded on individual liberty. Is this bounty of government support for agriculture really necessary?

Supporters often evoke the plight of the struggling farmer as justification. Yet farms are actually doing quite well. Farm income has grown, farmers have less debt and more equity, and farm failures are quite rare. It doesn’t seem that farming is in the kind of dire straits that would even begin to justify the support it receives. Nor does it seem very fair. The typical farming household makes 19 percent more than the rest of the country and has 10 times more wealth.

The family farmer is a throwback to a bygone era. Today, large agribusinesses own the majority of farms. The largest 20 percent of farms received 73 percent of subsidies in 2012 while very few small farms receive any government support. Plus, some who get subsidies are exceedingly wealthy and not even primarily farmers.

So how did we get here? Understanding Washington’s farm policy is trickier today than it was a few years ago. Direct subsidy payments to farmers for simply growing certain crops like corn, wheat, cotton, or soy beans were sensibly abolished in the 2014 Farm Bill. But in their place, Congress created massive new crop insurance programs designed to prop up farm income and protect farmers from losses. The complicated formulas that dictate payments make the benefits more hidden than simply paying farmers for producing the crops that Washington favors.

And while insurance may sound harmless enough, the reality is that these programs protect farmers from almost any risk whatsoever. Put differently, the taxpayers are absorbing what should be the cost of doing business. This is wrong for any business or industry trying to earn a profit. Yet this move was touted as a major reform guaranteed to save billions of dollars. Sadly, the reverse has come true, with the new programs far outspending the old.

Farm subsidies are expensive. They are also inherently unfair—they transfer $20 billion in wealth each year from taxpayers to a small group of well-connected and influential famers. They also create bad incentives for farmers to chase the federal dollar rather than plan and manage risk themselves.

Let’s celebrate the Fourth of July with independence—independence from corporate welfare.