Could Censorship Lead Serbia Back to Dictatorship? 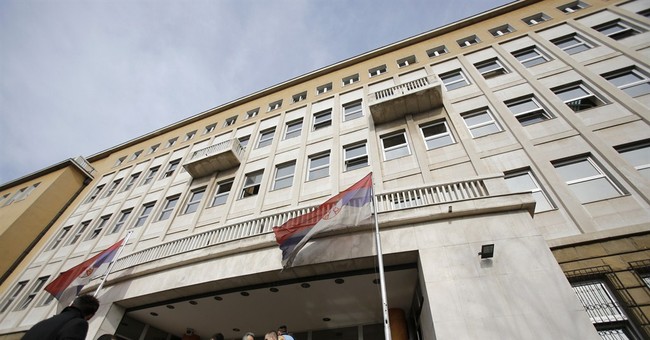 Censorship is on the rise in Serbia. A number of recent government attacks on the central European country’s free press suggest that its upcoming election may be one of its most important to preserve Serbians’ most fundamental rights.

The first case that gained significant attention a few months back was a blog written by a BBC journalist Dušan Mašic discussing the worsening state of journalism in Serbia. Mašic reported how the popular tabloid Kurir wrote an article intentionally aimed at intentionally stirring public outrage. Kurir accused the parents of a recently deceased child of embezzling money they collected through charitable donations for an expensive surgery not covered by state health insurance. Kurir made the outrageous claim without any evidence, and it was proven to be false in days to follow. Mašic’s expose of the tabloid’s propaganda was removed from one of Serbia most prominent new outlets, B92, quickly after publication. Considering B92 has a reputation of being an opposition media source, having played an important role in the battle against former President Slobodan Miloševic in the early 90s, the paper’s shocking withdrawal of Mašic’s article is a sign that the Serbian press is under fierce government pressure.

Quickly thereafter, the Serbian online community started to notice an increase in self-censorship of opposition articles, very likely caused by pressures coming from the government. Not long after that, the authors of a popular radio show called Razgibavanje belonging to the same company, B92, were told not to come to work as they planned on discussing the First Deputy Prime Minister and the ruling party’s president, Aleksandar Vucic.

Soon after, another national scandal erupted in which the Minister of the Economy, Saša Radulovic, resigned after failing to pass a much-needed labour law reform law. Over the last few days of Radulovic’s time in the office, it became apparent that Radulovic saw Vucic as the main opponent to the reforms. As such, the media under pressure from the government amped up their efforts to highlight him as the enemy of the state. Media sources previously supportive of the current regime such as beforementioned Kurir and a popular daily called Blic started conjuring up stories to demonize the minister, from illegal activities to not treating his drivers in a professional manner to subtly implying he is beating his daughter.

The Serbian media’s reaction immediately following Radulovic’s resignation eliminated any doubt that they are being pressured by the government. Radulovic’s resignation statement critical of Vucic was quickly taken of the website of the largest regional news agency, Tanjug. minutes after being posted. Furthermore, Radulovic was replaced as a guest on Serbia’s most watched political commentary show to be replaced by — you guessed it — Aleksandar Vucic.

At the same time, another disturbing incident occurred when police raided the Belgrade apartment of an American journalist Lilly Lynch. Lynchis is the editor-in-chief of Balkanist, an online magazine that exposed the affair of many governmental officials involved in SIEPA (Serbia Investment and Export Promotion Agency). The agency was set up in 2001 to facilitate foreign direct investment (FDI) in post-revolutionary Serbia, and emails and other materials published on the Balkanist website were a proof of serious corruption happening in that agency.

The last, and most absurd, incident happened when Aleksandar Vucic was featured in a short footage rescuing children from harsh snow conditions in a village outside of Vojvodina. The situation was obviously staged, inspiring the Serbian internet community to create hundreds of memes poking fun of the absurd populist propaganda. One memes was a video adding a humorous tone to the footage which was removed from YouTube under unclear circumstances. To make the situation even more dramatic, a well-known journalist made a statement over her personal Facebook account that the orders were given not to let Red Cross to start the rescue operation until Vucic appeared to be filmed saving the day.

With elections set for March 16th, and recent polls showing strong support for the ruling party, the media’s censorship makes any chance for an opposition victory seem bleak. The government-backed media where is continuing to campaign for the Serbian Progressive Party quite openly, while opposition media is being faced with censorship. In fact, the only place where Vucic is losing is the internet. Although that internet is widely used mostly among younger and more educated population, it’s still hard to practice democracy without the freedom of press under severe attacks. A decade and a half after the country’s last dictatorship, these upcoming months will be critical to determine if Serbia will once again fall off the path of freedom.