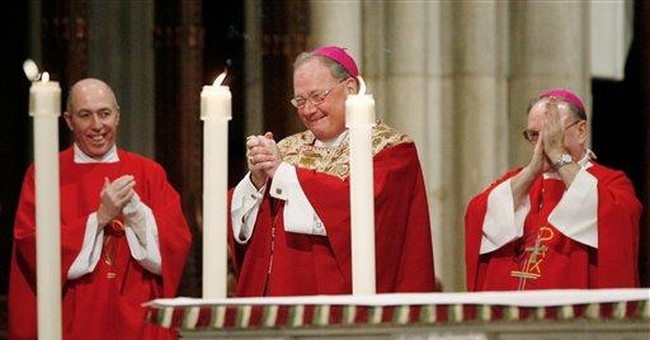 It’s high time someone asked: where in the U.S. Constitution are so many angry people finding the legal right not to be offended?

The assumption that this imaginary protection exists is everywhere – and is usually invoked to suppress the much-more-demonstrable religious rights clearly secured by the First Amendment. Groups like the American Civil Liberties Union, Americans United for Separation of Church and State, and American Atheists all make their headlines and their reputation by demanding the right never to be faced with any sight, symbol, or idea with which they disagree.

They want Bibles out of schools and crosses off of veterans’ memorials. They want religious symbols removed from public markers and political issues removed from pastors’ sermons. They want a guarantee, in writing, from our federal government that they’ll be able to walk through life without ever being confronted by the barest wisp of suggestion that God exists or that people believe in Him.

That’s not so unreasonable is it? After all, in the immortal words of Frank Burns, “Unless we all conform, unless we follow our leaders blindly, there is no possible way we can remain free.” How long can America really be the land of liberty if people insist on walking around living their convictions and praying whenever they feel like it?

Well, the Freedom From Religion Foundation wants to find out. And their latest tactic is a lawsuit designed to eradicate the National Day of Prayer from the first Thursday of May on the federal calendar. (People who want to support the effort to defend the National Day of Prayer against this lawsuit and protect their First Amendment right to religious liberty can visit www.savethendop.org.)

Basically, this suit is just FFRF’s way of stamping its restless legal foot at hundreds of years of American history and tradition. After all, Americans have been encouraged by their leaders to pray since the Pilgrims first waded ashore. In 1775, the Continental Congress made it official by calling on the colonists to beseech the Almighty’s guidance on the forming of a new nation. Members of the Constitutional Convention prayed fervently over their historic efforts.

Lincoln proclaimed Thanksgiving a national holiday in 1863, and wartime presidents, up to and including George W. Bush, have urged citizens to intercede for their soldiers and their nation.

Indeed, to separate our national commitment to prayer from the history of America, you have to cut away the crux of the American character. This nation was founded, settled, and populated by people seeking, first and foremost, the freedom to pray and worship; a government proclamation doesn’t compel anyone to continue that tradition…it merely recognizes a love for God and religious freedom that still pulses in the hearts of most Americans.

But not, apparently, in the hearts of the FFRF, who claim this once-a-year proclamation and the events that attend it create a “hostile environment for nonbelievers, who are made to feel as if they are political outsiders.”

For the record, here’s how to know you’re a “political outsider”: the government issues a law telling you that only people publicly citing a certain religious creed will be allowed to receive public funds or attend public schools or run for office or enter the voting booths. When they tell you to “pray,” they point guns at you to make sure you at least genuflect fast enough.

But when the government simply acknowledges that a religious observance is taking place, and makes it a point to tell everyone in the country they’re invited to join in – and you choose, for reasons of your own, not to participate – and no one shows up at your door to arrest you, or to see that you’re fired, or to summon you to an IRS audit – that’s called “freedom.”

And in this country, so far, being free makes you very much a political insider with all the rights thereunto appertaining.

H.L. Mencken once famously derided Puritans as people possessed by “the morbid fear that somebody, somewhere, might be happy.” But Mr. Mencken’s quip is more fitting for America’s aggressive atheists, who squirm at the awful thought that some beleaguered soul might draw cheerful consolation from faith in a merciful God.

Of course, the FFRF folks present themselves as the true defenders of a legally secular nation and of the teeming millions being cruelly manipulated by a politically-ambitious Christian church.

And yet…the unique history of this extraordinary country across two-and-a-half tumultuous centuries would suggest not only that this has been, and remains, a nation of pray-ers…but that the Almighty has been unusually receptive to our intercessions.

And now – faced with economic catastrophe, cultural freefall, and the voracious enmity of a worldwide league of terrorists whose agenda includes the implementation of the kind of theocracy the FFRF and its allies seem to dread – one finds it hard to believe the atheists and their lawsuit, whatever its motives, are standing on the side of the American people – or their angels.