We Must Stop Biden’s Judicial Activists

Adam Laxalt
|
Posted: Feb 01, 2022 12:01 AM
Share   Tweet
The opinions expressed by columnists are their own and do not necessarily represent the views of Townhall.com. 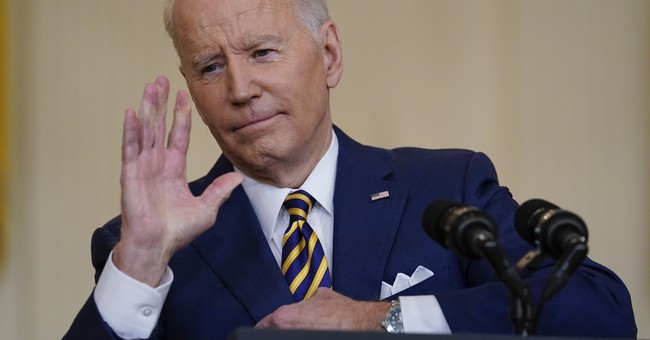 Advice and consent for Supreme Court nominees is among the most important roles executed by the United States Senate. Those who are appointed to the federal bench have a generational impact on our society, and ensuring those individuals are respectful of our Constitution and the intent of the founders could not be more vital to our republic.

In recent years, it has been a profound disappointment to see how Senate Democrats have politicized and denigrated this important confirmation process.

They turned what used to be a nonpartisan duty into a partisan circus, attempting to defame and attack any individual nominated by President Donald Trump to the federal bench. We all remember how they tried to destroy the reputation of Justice Brett Kavanaugh with lies and slander to derail his confirmation.

Fortunately they failed, and our country did not cower to mob violence. But it showed the depths to which the Democrats currently in the Senate will go to achieve their partisan agenda. Unfortunately for Nevadans, my opponent, Sen. Catherine Cortez Masto, was with them every step of the way.

Now, Supreme Court Justice Stephen Breyer – a committed liberal – is being forced into early retirement after endless pressure from far-left activist groups – including Demand Justice – who ran ads pushing Breyer to step down from his lifetime appointment. The same group ran millions on ads to oppose President Trump’s nominees and now they’ve forced a liberal Justice to step down so they can appoint an even more liberal jurist in his place.

Make no mistake, Biden and Cortez Masto are poised to select a judicial activist to challenge the constitutionalist judges who were appointed by President Trump. This will be another painful example of Cortez Masto’s lack of regard for her duty of advice and consent for Supreme Court nominees.

We saw this when she voted against all of President Trump's judicial nominees, including my former Solicitor General Lawrence VanDyke when he was selected for a lifetime appointment on the Court of Appeals for the Ninth Circuit. We’re lucky Lawrence was confirmed in the end since he recently delivered a major ruling in defense of our Second Amendment, ruling COVID-based shutdowns in California against gun sellers illegal.

But even worse, Cortez Masto joined with the liberal mob to sabotage the character of Justice Kavanaugh. She and her colleagues knew that the claims they were pushing about him were false, but they made them anyway. Her refusal to stand up and do the right thing speaks volumes to her character.

I suspect over the next few months that the political attacks Cortez Masto levied against President Trump's nominees will be replaced by a rubber stamp of approval. It's this unserious and predictably partisan approach that makes her entirely unqualified to represent Nevada in the U.S. Senate.

Of course, Cortez Masto can be expected to falsely present herself as she always has: a moderate lawmaker doing the will of Nevadans by rigorously following her duty to provide advice and consent. She wants Nevadans to think that she’s a moderate in the vein of Kyrsten Sinema and Joe Manchin. But her actions demonstrate the opposite of this.

She showed her commitment to her party’s partisan agenda over her duty when she voted against every and any qualified nominee President Trump put forward. While numerous Republicans crossed party lines and voted in favor of Obama nominees Sonia Sotomayor and Elena Kagan, Cortez Masto wouldn’t even give President Trump’s nominees a fair hearing.

In past decades, numerous Democrats would vote for nominees solely based on their judicial qualifications, which is why Samuel Alito, Clarence Thomas, and the late great Antonin Scalia were all confirmed with Democrat votes. Now, with Cortez Masto and Chuck Schumer in the Senate, those days are long gone.

If she truly were a moderate like Manchin or Sinema, she would have given proper consideration to President Trump’s nominees. Instead, she engaged in a partisan circus that degraded the Senate. Now, with a liberal president in office, she will surely be nothing more than a reliable yes vote for whoever Biden picks, no matter whether they are qualified or not.

It’s no surprise that Cortez Masto would support any nominee Biden picks while joining the effort to demonize picks by Republican presidents. After all, Biden invented the playbook used against Kavanaugh when he led the charge to take out Justice Thomas. She and her colleagues are all too eager to use the same tactics he introduced.

This is just another example of Cortez Masto trying to pass herself off as a fake moderate. While she tries to con the media and voters into believing she’s an even-measured nonpartisan, she’s voted over 90 percent of the time with Schumer and Bernie Sanders, and she’s never stepped up to criticize Biden on any of his numerous failures.

Though Cortez Masto and I may both be former attorneys general, our similarities end there. When I am elected to the Senate, I will stand up for a conservative judiciary and vote to confirm judges who follow the constitution, not ones who legislate from the bench. We need more jurists like Alito, Thomas, and Scalia.

Cortez Masto may be content to serve as a rubber stamp for whichever liberal activist Biden appoints, but I will never stop fighting for a judiciary that respects our constitution. It’s time to restore the American people’s confidence in our great republic’s judicial system.