General Who Liberated Afghanistan on Horseback is Running for Senate 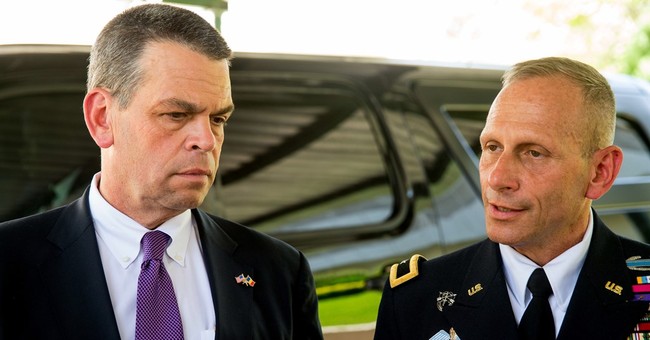 He survived a 2,000-pound bomb blast, a helicopter crash, and a daring horseback raid into the heart of Taliban country as part of America’s first response to 9/11. Retired Brig. General Don Bolduc has seen it all, but he’s not done serving his country yet.

At a venue filled with roughly 200 people on Monday, the highly decorated veteran officially declared his run for New Hampshire’s Senatorial seat, which is currently held by Democrat Jeanne Shaheen, an incumbent who has been in office since 2009. She defeated a Republican challenger in 2014 by a margin of three points.

The general spoke with disarming candidness in his announcement speech, acknowledging that “after 33 years in the Army, I don’t give a damn about politics,” but that he was “ticked off by the partisan mindset in Washington.” He positioned his candidacy as an attempt to reform this political gridlock in the capital.

This is not a situation I envisioned; I am anything but a politician. But like many Americans today, I am ticked off by the partisan mindset on display in Washington—a politics-first attitude that is blocking solutions to real-life issues that affect each of us and our families.

“We want another six years of not getting anything done?” the general asked the attending supporters at the announcement ceremony.

The decorated veteran said that his plan is to launch a “hard, fair campaign from the bottom-up, grassroots” to defeat Shaheen, who he labeled as part of the problem in Congress.

“I want everyone to understand that I respect Sen. Jeanne Shaheen for her decades in the political arena,” Bolduc told the audience attending his campaign announcement, WMUR reported. “But she has been part of the failed leadership in Congress, and it’s time for a change.”

Bolduc joined the Army in 1981, straight out of high school, and served in the Armed Forces for 36 years. He lead 10 deployments and earned two awards for valor, five Bronze Star medals, and two purple hearts, according to Fosters.com. He commanded the Special Forces in Africa and coordinated the special forces operations in Afghanistan prior to retirement.

Bolduc served in many operations, but his campaign video emphasizes his role as one of the 30 “horse soldiers” who trekked across Southern Afghanistan on horseback in the early days of the U.S. intervention in the country to defeat the Taliban. The daring operation successfully evicted Taliban from cities in Afghanistan and was memorialized in a Hollywood blockbuster in 2012 by the producer behind Top Gun and Black Hawk Down.

While commanding the Special Forces in Africa, Bolduc was the first active-duty generals to admit to being affected by Post-Traumatic Stress Disorder, according to CBS news. After experiencing first-hand the difference a successful treatment could make, the general has been an avid advocate for normalizing mental health issues in the Armed Forces, earning a profile in The New York Times.

Since retiring, Bolduc continued his mental health advocacy, speaking about his experiences to residents in New Hampshire, some of whom urged the general to consider entering politics.

“In response to this encouragement, and after some long conversations with my family, I now plan to do what I have been taught and trained to do my whole life: to try and make a positive difference in the lives of the people I love, the state I love, and the country I love,” Bolduc wrote on Twitter.