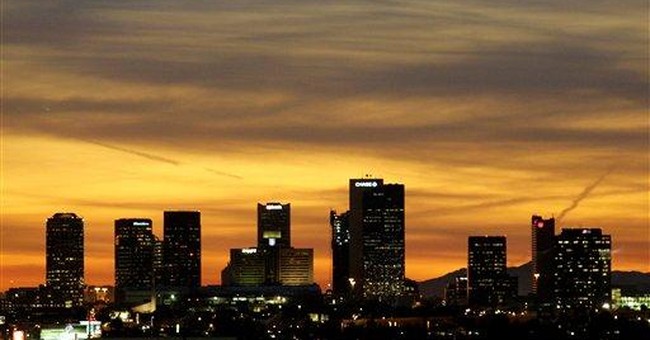 Congratulations to Cleveland, Cincinnati, Columbus, Denver, Dallas, Kansas City, Las Vegas & Phoenix for moving on to the next phase.

A site selection committee, elected at an RNC meeting in Washington last month, will evaluate bids from the eight finalists. At stake for the winning city: Up to 40,000 visitors, millions of dollars in economic activity and the national spotlight when Republicans gather to formally nominate a presidential candidate. […]

The site selection committee will make its choice, in large part, based on which city is best able to raise the tens of millions of dollars required to put on the four or five days of events. Money has been an issue for several recent host cities; the host committee in Charlotte, which hosted the Democratic convention in 2012, wound up owing vendors several million dollars months after President Obama won reelection.

But there are other factors to consider as well: One Democratic elected official rooting for his hometown noted that, with Republicans planning to hold their convention in June or July of 2016, sports teams could get in the way. Playoffs for both the NBA and the NHL will be happening by then, and no owner will willingly give up his arena, and the revenue a playoff game generates, for the six weeks it takes to build the stage on which an eventual nominee will accept his or her party’s nomination. The official, who asked for anonymity to speak candidly about his city’s prospects, said he thought that meant his hometown, which has professional sports teams, would be out of the running.

“Other than Vegas, you can’t find a state that has vocal supporters from other states,” Saul Anuzis, a former chairman of the Michigan Republican Party, told The Washington Post last month. “There’s a pretty broad consensus that Las Vegas is the most logical choice.”