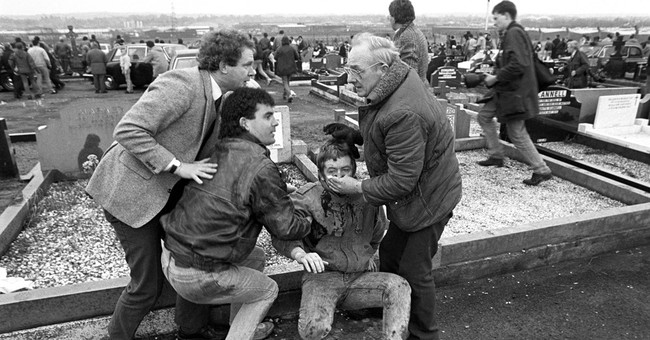 The United States Immigration and Customs Enforcement agency recently announced the potential deportation of a convicted Irish Republican Army terrorist after authorities discovered him hiding in Massachusetts. Randolph, Mass. police arrested 44-year-old Irish citizen Darcey McMenamin due to his leasing a motor vehicle by fraud and driving with a suspended license. After the police fingerprinted him, his immigration information popped up in an ICE database and alerted the feds. He is currently detained by ICE.

According to the Boston Herald, McMenamin was arrested in 1993 after launching the "mortar attack on a police station west of Belfast" and was subsequently placed in jail by authorities. McMenamin was fighting on the pro-Irish independence side and for the unification of Ireland against Northern Ireland, which is part of the UK. That civil war ended in 1998 with a peace agreement between Ireland and Northern Ireland. However, McMenamin still remained incarcerated.

Eleven years later he was paroled "as part of a 'compassionate release' initiated by England in 2009 as part of controversial discharge of the mastermind of the Pan Am Flight 103 'Lockerbie' bombing, according to published reports."

Authorities are not certain when he came to the U.S. after his parole. But, one source told Boston Herald he was active in Pawtucket, RI with Irish heritage events.

"He talked about growing up in Ireland and how hard it was as a kid," said the man, who asked to remain anonymous. "That’s the last time I saw him. It was about three years ago and he was invited to speak to us."

"It's really indiscriminate. ICE, in their aggressive tactics of detention, are going after the Irish as much as they're going after any other nationality," Ronnie Millar, director of the Irish International Immigrant Center in Boston, told NPR in 2018.