Analysis: Joe Biden Talks to a Wall (Not Just a Metaphor, He Really Did) 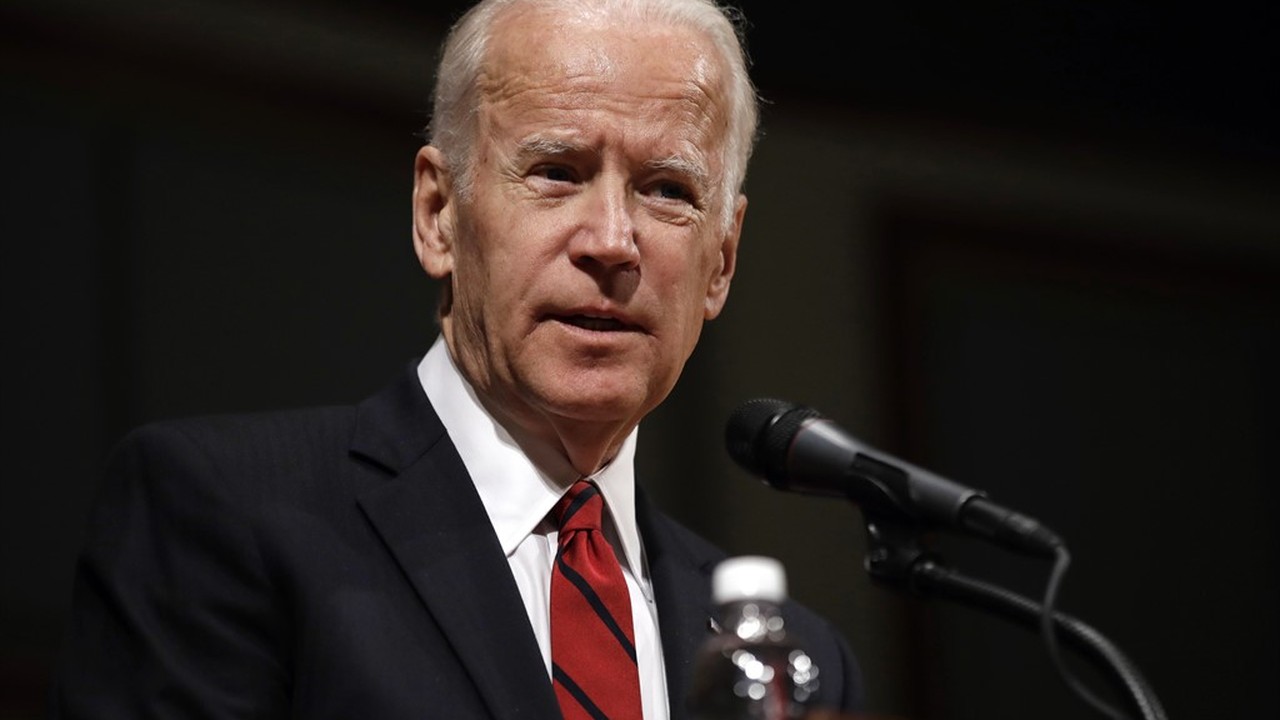 Former Vice President Joe Biden might often feel as if he is talking to a wall when he addresses the 2020 Democratic primary base. Biden launched his campaign by promising to return the country to the imagined civility and the supposed normalcy that American politics once had under his old boss President Barack Obama. The only problem for Biden is that donors and the polls have rejected that message, forcing Biden to increase his rhetoric toward the Left while undermining his very arguments that bolster his candidacy. The Democratic base does not want a return to Obama. They want a politician who will fling the entire country way far to the left of Obama. Biden's vocal and monetary support proves his campaign is failing.

In Iowa on Sunday, Biden actually spoke directly to a wall, seemingly unaware where the camera was, but the scene was emblematic of his latest presidential run.

At his speaking event in Iowa, @JoeBiden forgot where the camera was and ended up talking to a screen. CSPAN kept cutting away to try and help him out..???? pic.twitter.com/VmB2ayGqC3

Why? Polling in key primary states show that Biden is not even in the top three contenders. The most recent poll for the Iowa caucus shows that Biden is lagging at 17 percent of potential caucus-goers. Sen. Elizabeth Warren of Massachusetts is in first place with 22 percent, followed by Sen. Bernie Sanders of Vermont at 19 percent, and South Bend Mayor Pete Buttigieg in third with 18 percent.

Biden's trouble's continue in the pivotal New Hampshire. He currently ranks in third place, behind Sen. Warren and Sen. Sanders, respectively. Biden maintains his position at the top of the pack in South Carolina, but a surging Sen. Warren could upend this. His campaign should be worried about campaign funding to combat Warren in South Carolina.

According to The New York Times, Biden entered October with less than $9 million in his campaign war chest. In the previous three months, his campaign spent more than he raised. Nearly $1 million of that was spent on private airfare, which, from an optics standpoint, is not the best look for a man supposedly running to be a fighter on behalf of the American people. He also is roughly $18 million behind Sen. Warren in terms of cash on hand and more than $25 million behind Sen. Sanders.

In a previous column of mine titled "Hey Joe, What Do You Know?", I surmised that Biden would have to pretend to forget his entire political career in order to run in the 2020 primary. Biden has tried shifting to the left, but his arguments in support of tax-payer paid abortion, criminal justice reform, and gender fluidity or whatever the latest trend is are falling on deaf ears. The polling and donations show his campaign is hopeless. The progressive party has moved on from Biden's dreams of bipartisan politics, devoid of truly socialist policies. The new Left is ruthless. They want somebody who will turn America socialist. They want somebody to "progress" the destruction of capitalism, gender norms, and society-at-large. Biden, for all his flaws, at least does not want to do that to America. In short, Biden may get more of a supportive response if he continues talking to walls rather than the Democratic primary voters.