Hey Joe, What Do Ya Know?

Timothy Meads
|
Posted: Apr 26, 2019 6:23 PM
Share   Tweet
The opinions expressed by columnists are their own and do not necessarily represent the views of Townhall.com. 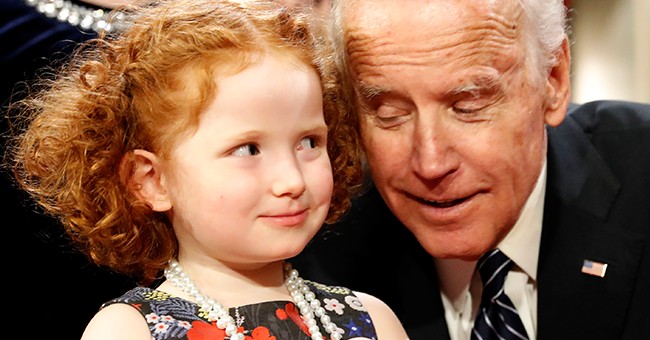 My Grandpa and I used to sing a chucklesome tune. He would start off saying, "Hey Joe, what do ya know?" to which I would reply, "I don't know nothin', tell me somethin'."  Neither of us could sing very well, but we both found the jingle humorous. That little ditty also happens to describe what will have to be the cornerstone of former Vice President Joe Biden's 2020 presidential campaign. In order for "Diamond Joe" to win in this far-left, progressive field of candidates, Joe will have to pretend that he didn't "know nothin'" about a variety of issues, behaviors, and public servants he endorsed in his more than 40 years of public service.

Even before former Vice President Biden hopped in the race, the "hands-on" politician issued an apology. Apparently, somebody had to inform him that pinching girls' hips and sniffing their hair without permission was inappropriate behavior for any man regardless of age. Still, Biden released a video saying, "Social norms have begun to change. They’ve shifted. And the boundaries of protecting personal space have been reset. And I get it. I get it. I hear what they’re saying. I understand it. And I’ll be much more mindful. That’s my responsibility."

Biden once thought unwanted kissing, touching, and fondling was within "boundaries" and a part of "social norms"? That defense seems far-fetched, but when you can say "I don't know nothin', tell me somethin'" and the media gives you a pass, who cares about the truth.

Speaking of truth, Vice President Biden will no doubt have to attack President Donald J. Trump and his associates as liars. Democratic analysts and liberal commentators regularly describe all who inhabit President Trump's sphere as double-speaking despots. So, how will "Sleepy Joe" defend his previous support for folks like Attorney General William Barr?

Despite a prolific career in Washington where he had been respected by both parties, Barr is now seen as public enemy number one (aside from President Trump of course). But, in 1991 while Barr was in the attorney general confirmation process after being nominated by President George H.W. Bush, Biden praised him as "a throwback to the days when we actually had attorneys general who would talk to you."  He also said that Barr was a "heck of an honorable guy.”

When Biden is inevitably asked about Barr's character and potential impeachment proceedings, what is he going to say? Will he tell the truth and say Barr is still an upstanding guy, or will he say that something about Barr has changed? Maybe he'll just play dumb and say he didn't know the guy.

Regardless, his previous support for Barr will pale in comparison to his support for the 1994 Crime Bill. Prior to the bill's passing, Biden criticized plans from President George HW Bush as being too weak. As noted by Vox, Biden said of one proposal from the president, “Quite frankly, the president’s plan is not tough enough, bold enough, or imaginative enough to meet the crisis at hand,” and he added that President Bush's, “doesn’t include enough police officers to catch the violent thugs, not enough prosecutors to convict them, not enough judges to sentence them, and not enough prison cells to put them away for a long time."

Eventually, Biden got the sort of bill he was looking for in the 1994 crime bill. Vox reports, "This 1994 law, partly written by Biden, imposed tougher sentences and increased funding for prisons, contributing to the growth of the US prison population from the 1990s through the 2000s — a trend that’s only begun to reverse in the past few years. It also included other measures, such as the Violence Against Women Act that helped crack down on domestic violence and rape, a 10-year ban on assault weapons, funding for firearm background checks, and grant programs for local and state police."

That bill ended up locking millions of, mostly black, men across America. Many say it devastated the inner cities. Progressives hate the bill, and rightfully so. The base of the party even hates the authors of it, chiefly Joe Biden. As Naomi Murakawa says, “There’s a tendency now to talk about Joe Biden as the sort of affable if inappropriate uncle, as a loudmouth and silly, but he’s actually done really deeply disturbing, dangerous reforms that have made the criminal justice system more lethal and just bigger.”

While Biden has made amends in certain ways, such as the Second Chance Act of 2007, he still championed the 1994 legislation even calling it the "Biden Crime Bill" on his 2008 presidential campaign website. But, now, with members of his own party advocating for even the Boston Marathon bomber having the right to vote, will Biden pivot and say he too supports criminals having their rights restored? Much of the left believes this is necessary in order to help the black community, which in their mind is still struggling from slavery. Does  Biden feel the same?

Further to this point, the left has renewed their call for reparations to overcome the evils of slavery. Will Biden say he "didn't know nothin'" when he made comments like these from 1975 regarding reparations: "I don't feel responsible for the sins of my father and grandfather...I'll be damned if I feel responsible to pay for what happened 300 years ago."  Again, Joe will have to plead ignorant of his past in order to gain the support of progressives.

The list could go on, and on. This doesn't even delve into his support for the Iraq War nor his apparent lack of knowledge of President Obama's scandals. It also doesn't discuss his plagiarism that derailed his 1988 campaign which, you guessed it, he claimed didn't know he was doing at the time. The truly bad news for Joe is that progressives like Justice Democrats' spokesperson Waleed Saheed are already calling Biden out for his decades of policy which now run counter to progressive ideology. On MSNBC today Saheed questioned "how [Biden's] going to explain to voters who have been affected by his decisions on mass incarceration, the war in Iraq, and financial deregulation and unfair trade deals," while discussing his chances in the 2020 primary.

Yesterday after announcing his candidacy, Biden let a Freudian comment slip through the cracks which can answer Saheed's question. When asked why is he the best choice for Democratic voters against Trump he replied, "That'll have to be for the Democrats decide." Indeed, it won't be Biden voicing his own opinions on this campaign trail, it will be Biden telling the voters, "I don't know nothin', tell me something," and changing his tune according to their answers. But, much like my Grandpa and I singing, his campaign will both be tone deaf and hilarious to watch at the same time.