Obama to Lefties: Get Over Being 'Woke' 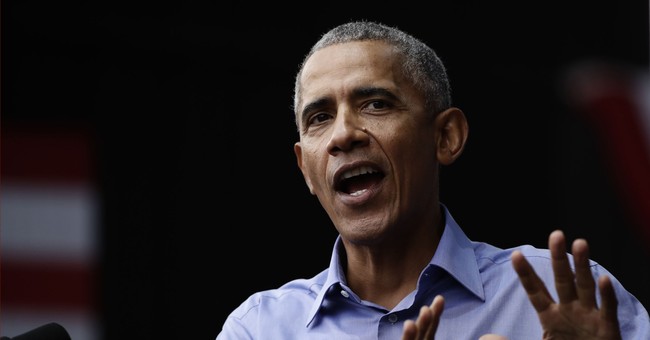 Have you ever wondered how far left the Democratic Party has gone since 2008, let alone 2016? Well, as an example, former President Barack Obama likely would have been chased off the campaign trail had he made some recent comments of his as a 2020 Democratic primary candidate. On Tuesday, President Obama told an audience at the Obama Foundation Summit that they need to get over being "woke" and realize that simply judging people and "casting stones" does not equate to activism.

"This idea of purity and you’re never compromised and you’re always politically woke and all that stuff, you should get over that quickly," Obama told the group as seen in the clip below.

"The world is messy," he continued. "There are ambiguities. People who do really good stuff have flaws. People who you are fighting may love their kids. And you know, share certain things with you. And I think that one danger that I see amongst young people...and this is accelerated by social media, there is this sense sometimes of, 'the way of making change, is to be as judgmental as possible about other people.'"

"Like if I tweet or hashtag about how you didn’t do something right or used the wrong verb or then, I can sit back and feel good about myself, because, 'Man, You see how woke I was? I called you out.'I'm gonna get on TV. Watch my show, watch 'Grownish.' You know, that’s not activism," the president continued. "That’s not bringing about change."

"If all you're doing is casting stones, you're probably not going to get very far. That's easy to do," he remarked.

Former President Obama to young people: “This idea of purity and you're never compromised and you're politically woke, and all that stuff — you should get over that quickly”

Obama goes on to slam people who engage in cancel culture and who look to create constant online outrage pic.twitter.com/qQPdeJb7nV

These comments are well warranted. However, based on the fact that the progressive base has been blasting the Obama-era presidency as too moderate, I highly doubt they will heed his advice. As I've said before, if a person's idea of success does not fit within their 'wokeness,' then progressives see that person as a failure who deserves shaming. Will the left now shame Obama? We'll see.