One Person Shows Up For Mark Sanford's Presidential Campaign Launch 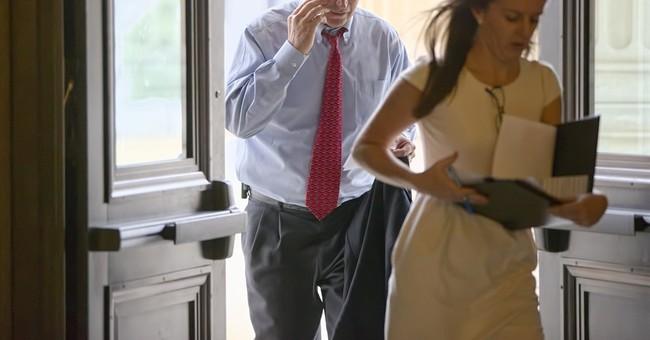 Sanford, party of one, maître d'.

2020 presidential candidate, outdoor enthusiast, and former South Carolina congressman and governor Mark Sanford officially announced last Wednesday that he was running for president against Donald J. Trump in the GOP primary. However, just one person, a Democrat who already said he is unlikely to vote for Sanford in the GOP primary, attended the conference.

"Nobody knows me in Philadelphia. I get it," Sanford told the Philadelphia Inquirer. "I think in life we all do what we can do, what’s within our power to have an effect. So we’re just sort of moving along as we go along," he added.

Sanford had with him a jumbo size check, meant to represent the burden of the national debt. Sanford's supporter, a 68-year-old retiree, told Sanford that his daughter had him as a professor at the University of Chicago. Sanford taught a seminar series at UC titled, "25 Years In Politics And 8 Practical Lessons Learned The Hard Way."

Perhaps keenly aware that very few people would want to listen to what he had to say, Sanford told a South Carolina paper that he felt compelled to run for the presidency because "Sometimes in life you’ve got to say what you’ve got to say, whether there’s an audience or not for that message."