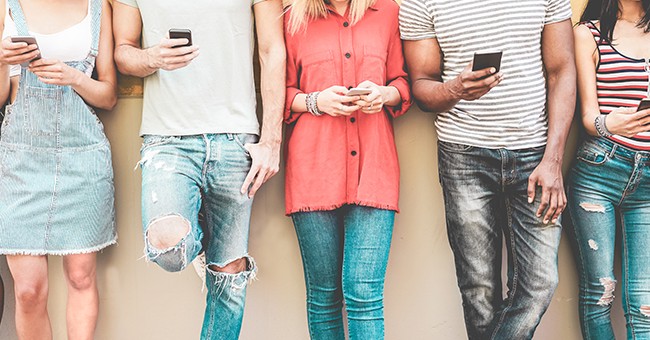 A new poll from the Pew Research Center shows that only 49 percent of millennials, or the generation born between 1981 and 1996, identify themselves as Christians. Forty percent identify as religious "nones," while 10 percent say they are members of a non-Christian faith. This marks the first generation in United States history that is a non-majority Christian age cohort. However, this poll indicates that other American generations are experiencing a rapid decline in Christianity as well.

According to the poll taken in 2018 and 2019, "65 percent of American adults describe themselves as Christians when asked about their religion, down 12 percentage points over the past decade." However, the percentage of atheists, agnostics, or nothing in particular has risen 17 percentage points to 26 percent of the total adult population.

As pointed out by Townhall columnist Terry Jeffrey, Attorney General Bill Barr's argument at Notre Dame that secularist attacks on Christianity and religion in general in America will destroy the Republic and the very idea of "self-governance."

Barr argued that "secularists" are now attacking the moral order that is the foundation our liberty and threatening religious freedom in pursuit of their cause.

"First is the force, fervor and comprehensiveness of the assault on organized religion we are experiencing today," said Barr. "This is not decay. This is organized destruction. Secularists and their allies have marshaled all the forces of mass communication, popular culture, the entertainment industry and academia, in an unremitting assault on religion and traditional values."

The threat is not that the government will establish a state religion; the threat is that the state will attack people for conscientiously practicing their own.

The pew poll bolsters Barr's argument that reinforcing common religious values is more important than ever. Jeffrey's column is well worth the read.

Editor's note: A previous version of this article said, "five percent of American adults describe themselves as Christians when asked about their religion." That number should be 65 percent.