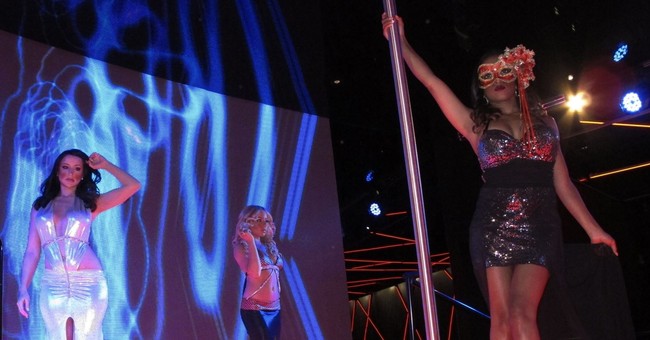 Drexel University has agreed to pay the United States federal government back nearly $190,000 in grant money after authorities discovered that a professor at the school had been fraudulently spending the money at strip clubs for nearly a decade.

The Department of Justice announced on Monday that Dr. Chikaodinaka D. Nwankpa "the head of Drexel’s Department of Electrical and Computer Engineering, has "submitted improper charges against federal grants. The majority of the charges were made to gentlemen’s clubs and sports bars in the Philadelphia area."

According to the press release, Dr. Nwankpa "repaid $53,328 to Drexel, resigned his position in lieu of termination, and was debarred from federal government contracting for a period of six months."

"This is an example of flagrant and audacious fraud, and a shameful misuse of public funds." U.S. Attorney William McSwain said. "The agencies providing these grant funds expect them to be used towards advancements in energy and naval technology for public benefit, not for personal entertainment."

Drexel and the professor had complied with federal authorities throughout its investigation.

"We appreciate Drexel’s self-disclosure and cooperation in this matter," McSwain added. "At the same time, we are disappointed that Dr. Nwankpa’s conduct went unnoticed for so long, but Drexel’s strengthening of its charge approval process is certainly a step in the right direction."

Nwankpa's dalliances were made from 2007 - 2017. Apparently, his favorite spots in the City of Brotherly Love were Cheerleaders, Club Risque, and Tacony Club. He also purchased audio off iTunes using federal grant money.