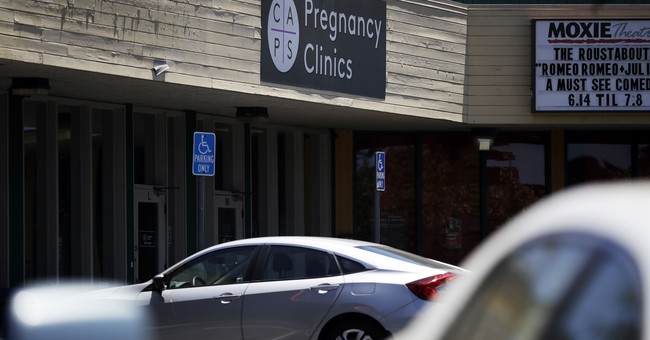 At this point in our ever-ending news cycle, this story may seem outdated but it is important to keep an eye on for several reasons -- chief among them examining the various ways Open Borders Inc. benefits from America's immigration policy. On September 17, the Department of Justice announced that a Chinese Foreign national plead guilty to running a birthright citizenship scam here in the United States. What does that mean? In short, Chinese citizens would pay thousands of dollars to Dongyuan Li, a 41-year-old woman from California, to arrange a trip to the US for pregnant wives of wealthy and government employees. These women would be trained on how to lie to U.S. authorities and then overstay their approved visit so that they could give birth here and secure U.S. citizenship for their children.

Here are details for the case, emphasis added:

Li admitted in her plea agreement that, from 2013 until March 2015, she operated a birth tourism company in Irvine and in China called You Win USA Vacation Services Corp. You Win would assist pregnant foreign nationals – typically from China – to travel to and remain in the United States to give birth so their children would receive birthright U.S. citizenship, according to the plea agreement.

According to a January 2019 federal grand jury indictment against Li, You Win advertised that it had served more than 500 Chinese birth tourism customers seeking U.S. birthright citizenship for their children. The indictment details that Li used 20 apartments in Irvine, charged each customer between $40,000 and $80,000, and she received $3 million in international wire transfers from China in two years.

Some You Win customers coached by the company made false statements on their visa applications and to U.S. immigration officials, Li’s plea agreement states. Li also admitted that the customers were advised on how to pass the U.S. Consulate interview in China, including by falsely stating that they were going to stay in the United States for only two weeks, when in reality, they planned to stay for up to three months to give birth.

The DOJ confirmed that this was just one case out of many in the "birth tourism industry." Why is this so bad? Michelle Malkin, author of Open Borders Inc., broke it down for Townhall. In short, foreign nationals are lying to the U.S. government about their true intent, profiting off vulnerable mothers, and subverting U.S. immigration law.

"The profiteers of Open Borders Inc. come in all shapes, sizes, and nationalities. The birthright citizenship magnet incentivized this Chinese national to cook up an elaborate scheme involving 500 pregnant foreigners who repeatedly lied and defrauded our government," Malkin told Townhall. "But keep in mind: This is just one schemer who got caught. Illegal alien anchor baby rackets from all around the world have proliferated for decades. How many more will we tolerate before Congress shuts off the magnet?"

Indeed, this case highlights that human trafficking comes in all forms. America's immigration system needs reform to stop these sorts of crimes, in addition to a wall that stops illegal border crossings.