Jim Jordan Says Comey, Mueller, And Lewandowski Have Something In Common 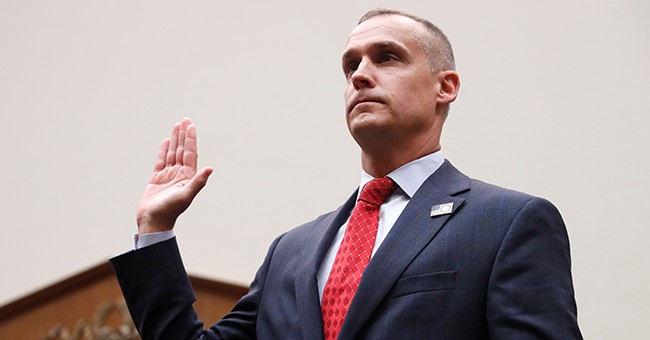 "@CLewandowski_ worked with the Trump campaign for nearly 2 years. He testified they did not collude or coordinate with Russia. Sounds familiar. James Comey, sitting at the same table as Lewandowski: same answer. Bob Mueller: same table, same answer. Time to move on," Rep. Jordan tweeted.

.@CLewandowski_ worked with the Trump campaign for nearly 2 years. He testified they did not collude or coordinate with Russia. Sounds familiar.

Time to move on. pic.twitter.com/gw1L9qfo5w

During the testimony, Rep. Jordan showed why he is one of the best communicators in the GOP.

"Pretty good campaign you ran,  I mean you beat what 17-18 different opponents? Senators, governors -- good Senators. Of course, you had a pretty good candidate," Rep. Jordan remarked to Lewandowski.

"The best," he interjected.

"I think he's done a great job as president of the United States," Rep. Jordan added. "After you left the campaign, I think you left in June of 2016 after you left, the head of the campaign were you still involved with the campaign throughout the rest of the election all the way up through November 8th 2016?"

"So, you were part of the campaign operation at some level or another from January 2015 to November 8, 2016 during that entire time do you guys ever work with Russia to impact the election?"

Recommended
'No One F***s With a Biden': POTUS' Trip to Florida Goes As Expected
Spencer Brown

"They don't want to get to, what Mr. Chabot said, they don't want to figure out how the false accusation happened, " Mr. Jordan said of House Democrats. "They just want to drag people in front of this committee and keep trying to find some way they can go after the president."

Rep. Jordan is exactly right. The Democrats are wasting time, taxpayer money, and their efforts in their desperate attempt to take down President Donald J. Trump. That is temporarily bad for the country, but it is good for the president's re-election chances -- Which is actually great for America.