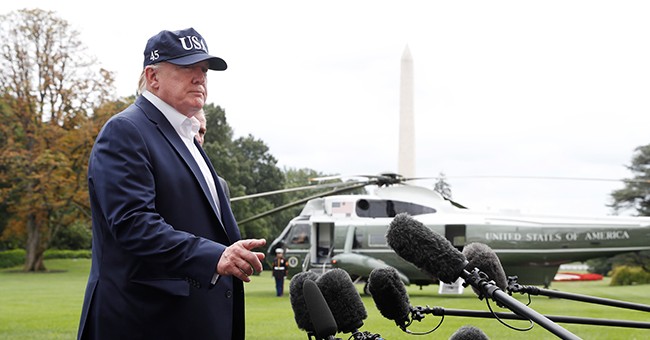 Sorry leftists, your dream for the United States economy to tank and thousands of families to suffer simply so that President Donald J. Trump will lose re-election likely will not become a reality. Federal Reserve Chairman Jerome Powell announced on Friday that he does not expect the U.S. economy to enter a recession anytime soon.

"We’re not forecasting or expecting a recession," Powell said. "The most likely outlook is still moderate growth, a strong labor market and inflation continuing to move back up."

As for why the Fed feels this way, Powell said that "the Fed has through the course of the year seen fit to lower the expected path of interest rates...That has supported the economy. That is one of the reasons why the outlook is still a favorable one."

"Our main expectation is not at all that there will be a recession," he added.

As Matt covered, leftists like Bill Maher have been openly rooting for a downturn economy for quite some time:

Bill Maher said Friday that he is "hoping" for the bottom to fall out of the economy and for the country to enter a recession so we can "get rid of Trump." He said one way to do that is a "crashing economy." Maher said he is "sorry" if it hurts people, but rooting for a recession is a prevention measure to losing democracy.

"Can I ask about the economy because this economy is going pretty well? I feel like the bottom has to fall out at some point. And by the way, I'm hoping for it. Because I think one way you get rid of Trump is a crashing economy. So, please, bring on the recession. Sorry if that hurts people, but it's either root for a recession or you lose your democracy," Maher said on the Friday broadcast of his HBO show Real Time.