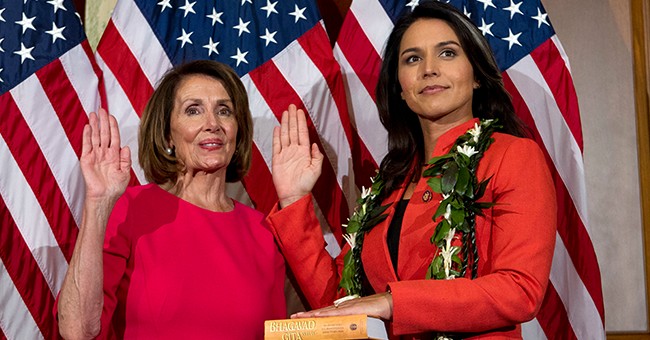 On Wednesday, Hawaii Representative and 2020 Democratic presidential candidate Tulsi Gabbard slammed the Democratic National Committee for its confusing policy regarding which contenders qualify for the party's televised debates. Gabbard made her comments to Fox News' Tucker Carlson, saying the DNC is ultimately hurting the people by having unclear standards.

"The whole thing gets a little bit confusing," Gabbard said on Tucker Carlson Tonight. "And you've got to jump way down into the weeds of the numbers and the statistics. But I think the bigger problem is that the whole process really lacks transparency."

"People deserve having that transparency, because, ultimately, it's the people who will decide who our Democratic nominee will be and ultimately who our next president, the commander-in-chief will be," she continued. "And when you see that lack of transparency, it creates, you know, a lack of faith and trust in the process."

"I think this also points to a bigger issue and challenge that goes beyond the DNC and party politics is the government itself," the congresswoman remarked.

In short, this boiled down to politics really being when "a small group of really powerful political elites, the establishment, making decisions that serve their interests and maintaining that power, while the rest of us are left outside."

As Tucker remarked, "You’d think the Democratic Party would be eager to hear more from Tulsi Gabbard. She is young. She’s progressive. She’s an Iraq War veteran." But, Gabbard failed to qualify for the next debate after not earning enough percentage of polling in DNC approved surveys.