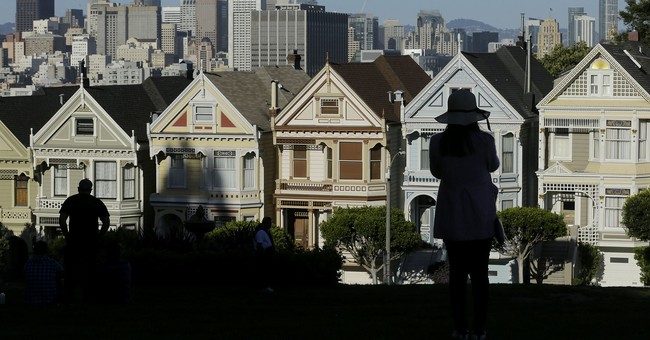 The Left's perversion of English continues as the city of San Francisco has installed a bevy of new legal changes, particularly related to how public officials and police refer to lawbreakers and other wrongdoers. It seems in the Golden Gate City, we can no longer call a spade a spade.

Fox News reports that the city board of San Francisco has implemented new rules demanding that a "convicted felon or an offender released from custody" must now be known as a "formerly incarcerated person" or a “justice-involved person" or simply a "returning resident." Likewise, repeat offenders will be called "addicts." But, actual drug addicts must now be called "a person with a history of substance use."

What's the purpose of complicating everything? It's all in the name of political correctness, in short.

"We don’t want people to be forever labeled for the worst things that they have done,” Supervisor Matt Haney told media, "We want them ultimately to become contributing citizens, and referring to them as felons is like a scarlet letter that they can never get away from."

I've covered it before. The real reason for these sorts of changes is part of the left's effort to bastardize language. For these folks, in their intersectional world of oppression, English is used to maintain a patriarchal power structure. Thus, a good first step to dismantle that system is to destroy common language. As I've said, whether you know it or not, the far-left is operating off one dictionary while conservatives and most Americans are using another. It's madness. Our common culture will be destroyed by this insanity. And the progressives know it, that's why they're doing it.

We've Discovered the Real Reason the CDC Is Requiring All Kids Wear Masks in Schools
Townhall
Let's all take a moment to appreciate this California restaurant owner calling out Chris Cuomo for staking out COVID19 moral high ground [video]
Twitchy
A.U.D.I.T. of Elections: Shock and Awe or Calm Before the Storm?
Redstate
The Morning Briefing: Bill de Blasio Reminds Us That He's an Unhinged Commie Dictator
PJ Media