Hey Bigot, Saying 'Pregnant Woman' Is No Bueno As The City Of Berkeley Continues To Bastardize Language 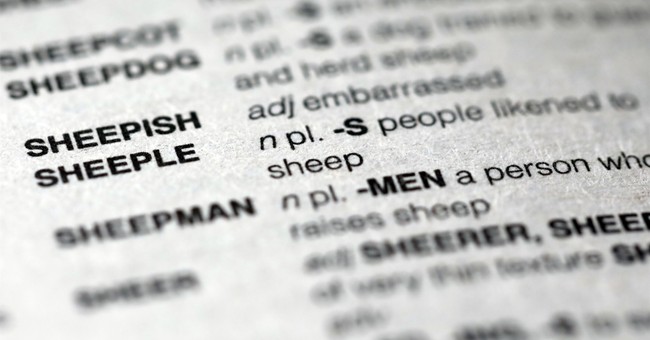 Listen up, bigots, the city of Berkeley, California has a message for you -- don't you dare think about using gender-oriented words in their city. The council just unanimously voted to remove all gendered words from official city documents.

23-year-old Rigel Robinson introduced the order to change all official city documents from containing any words related to man, woman, boy, or girl or any possible language related to the two genders.

"Language has power. The words we use are important," Robinson said regarding his motion. "It's not only timely, but necessary to make sure that our laws really speak for everyone."

This means that "'manhole' that will now be 'maintenance hole.' A bondsman will become a 'bondsperson.' And fireman officially becomes firefighter" and  "craftsmen...becomes artisans."

The list goes on and on, perhaps with the most outrageous example being that a "pregnant woman" must now be called a "pregnant employee."

As for legal matters relating to the University of California-Berkeley located in the city, fraternities and sororities will now be called "collegiate Greek system residencies."

One student found the decision ridiculous. "Come on. Enough is enough," Andrew Haits remarked. "I think they've gone too far. The reason why they're gender separated is because they are gender separated. Fraternities are male and sororities are female."

While some supported the measure, one unidentified resident bluntly rejected it saying, "They come up with these cockamamie things all the time."

All of this is a part of the left's effort to bastardize language. To them, in their intersectional world of oppression, English is used to maintain a patriarchal power structure. Thus, a good first step to dismantle that system is to destroy common language. As I've written before, whether you know it or not, the far-left is operating off one dictionary while conservatives and most Americans are using another.