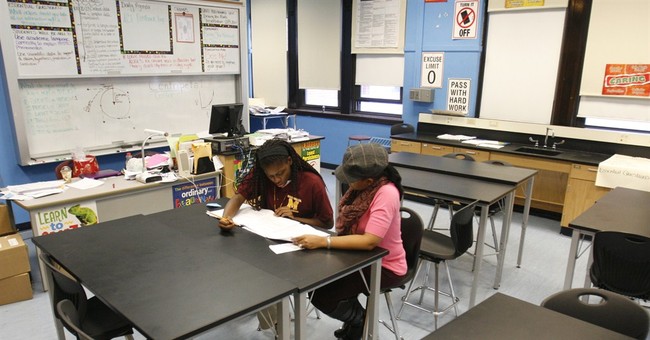 Choosing which college to attend can be difficult enough, but waiting for college admissions exams and tests can be agonizingly stressful for some high school students and parents. Thousands of dollars in scholarships, early decision applications, and other honors can all depend on scores from the ACT, the nationwide test used by many colleges to judge a student's aptitude for their admissions. But, imagine your son or daughter takes the test, and then 90 days later while you're waiting for the test score, you find out the ACT Board somehow lost your child's exam. That's what recently happened in Washington state, and it isn't the first time this has happened in recent memory either.

The Seattle Times reports that 40 high school students were notified this week that their ACT tests were somehow lost in the mail. The ACT board says the courier they hired misplaced the exams.

"It’s tremendously frustrating,” Brian Kirk, father of a Washington state rising senior whose test was lost, told the paper. "She’s trying not to think about it...This is potentially altering the trajectory of kids’ lives."

Earlier this week, Kirk's daughter received an email saying the test she had taken never arrived at the coring facility. An ACT spokesman Ed Colby confirmed to the Seattle Times Thursday that FedEx lost her papers and dozens of other students. In California, the same problem happened, too. In Northern California, 440 students were disappointed to hear their exams were misplaced as well.

"We know what kind of burden this puts on students, and we feel terrible about it," Colby told the paper. "But we just don’t have a lot of control when a package goes missing en route. We’re doing the best that we can."

"We won’t stop looking," Colby added. "We’ll keep pushing as long as we can to try and locate this package. Most of them do come to us eventually, it just depends on when."

This means that students like Kirk's daughter will have to retake the test again in September.

But, this does little to quell any parents anger. "I’d like for there to be some sort of accountability," Kirk said. "The ACT should have to be a little more transparent."