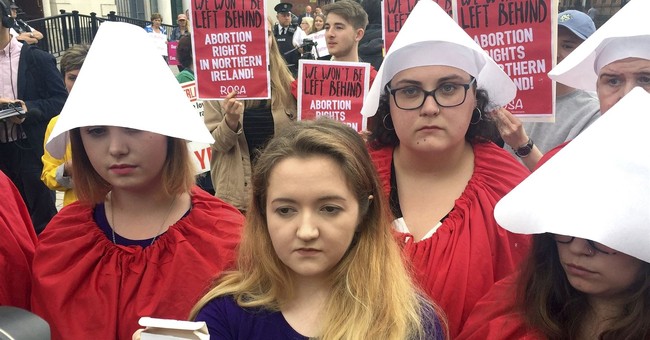 While the vast majority of Americans believe in restricting abortion access or appealing Roe v. Wade altogether, the opinion editors of the New York Times think it's their duty to give its platform to radical pro-death advocates who take pride and even joy in helping women end their pregnancy and eagerly look forward to the day that abortion-on-demand is a reality thanks to the internet and a pill.

Farhood Manjoo, a New York Times opinion writer, ran a column on Sunday titled, "Abortion Pills Should Be Everywhere." Manjoo discusses how easily he was able to purchase pills online which ends a woman's pregnancy, even divulging to the reader that the Indian company he purchased them from told him that if the "credit-card company called to ask about the purchase, 'tell them you approve the charge, but don’t say what it’s for.'"

"If they ask, say it’s gym equipment or something like that," the abortion pill "customer service" representative told him.

Manjoo notes that many women buy the "medicine" online because they want an abortion, but cannot afford the procedure either due to cost or because of regulations that would force them to travel to obtain the abortion. While there are restrictions and regulations on the pill, the reality of the internet makes many of these rules unenforceable and thus women can perform abortions without detection. Likewise, the pills are relatively cheap and 97 percent effective, he notes.

But the real value, Manjoo believes, isn't in what these pills are currently doing, but in their potential to shift the conversation. Abortion proponents believe they can squash the right to life movement by making the availability of the pills impossible to control.

But the pills aren’t just a way to evade today’s restrictions on abortion. Some activists argue that they can also remake tomorrow’s politics surrounding abortion — that the very presence of the underground market could force the authorities to loosen restrictions on abortion pills, eventually paving the way for an alternative vision for terminating a pregnancy in the United States: the inexpensive, safe, very early, private, at-home, picket-line-free, self-managed medical abortion.

Manjoo is not alone in this belief. As he says in his article, one woman named Elisha Wells, director of the pill-advocacy group Plan C, asked him, "Did you feel a little rush when your pills arrived?... It’s like, wow — it’s amazing that this really works."

The author tells his readers, "She’s right: I did feel a little rush when I got my first pills. I’d expected the whole thing to be onerous. And so, probing for hidden difficulties, I tried again, and again."

The author goes into detail how these pills are supposedly as "safe" or "safer" than traditional abortion procedures. But, the general message of the piece from experts is that the proliferation of killing babies is a good thing. Manjoo says he tried numerous companies and was simply amazed by the lack of difficulty in obtaining the pills:

Each time I got a pack of pills in the mail, I was increasingly bowled over: If this is so easy, how will they ever stop this? I’ve been watching digital markets for 20 years, and I’ve learned to spot a simple, powerful dynamic: When something that is difficult to get offline becomes easy to get online, big changes are afoot.

Nowhere in the column does he mention the child in the womb. Nowhere in it does he mention the heartache associated with abortion or the negative cultural impact these pills could have. Manjoo views this as a positive, as if the sale of abortion pills online is no different than the exchange of home goods on Amazon. He also ignores new studies, like the one Sarah covered Friday, that shows "medicated abortion" will have lifelong damaging effects on women.

“It is alarming to think that these drugs could be easily acquired given the potential for negative consequences of medical abortion as indicated by our study (at the preclinical level) and the insufficient/absent research at the preclinical level of the potential consequences of drug-induced abortion on the body, the brain and consequently behavior of the mother,” Sammut told Townhall. “Hormones have a powerful influence on our body, our immune system, our brain and ultimately our behavior, and drugs such as mifepristone, that interfere with hormonal function, should be treated with great caution and prudence and administered with great care.”

But, Manjoo shows the abortion movement does not view the killing of children in the womb as something tragic, but as something that should be celebrated and accessible. He also neglects the negative effects on women for his wrongfully held belief that they have the right to end their pregnancy. In short, he is dreaming of a world in which the culture of death is simply the culture of America.